Andrew Cohen: “THE TRACK takes us on an unmistakable journey.” 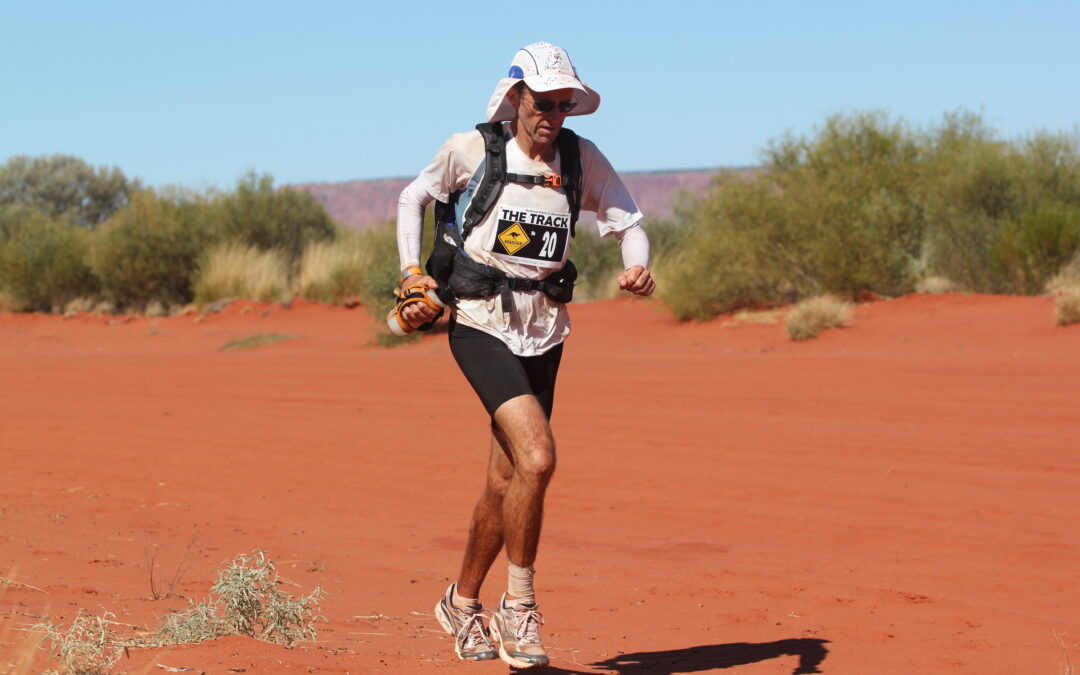 Ten years ago, Canal Aventure was organizing its first event in Australia. Birthdays are often the moment to take a look back. This one reminds us the importance of those encounters without which a project could have failed. Australian runner, Andrew Cohen has been an invaluable support in the first edition of THE TRACK. He is also one of those who have understood and appreciate the aim of this project.

Andrew defines himself as a fairly ordinary runner with above average willpower and project management skills. Before THE TRACK, he had run several ultramarathons and thought that “the adventure, planning and mental challenge that are so much part of stage racing suited my temperament.”

Otherwise, he admits being more of a solo runner, not really motivated by racing.

“I was just barely tolerating the hype of start lines, content occasionally to meet others on the trail, and well aware of how company could take your mind off the distance ahead, but equally, I was very happy to be left alone to sort out my own problems – so a small event out in the wilderness with few signs of humanity was a very attractive, and perhaps more authentic proposition.” Still today, 10 years later, he runs every day on the beach and trails, rarely race. “The biggest change, other than my age, is that I no longer wear shoes, but that’s another story.” 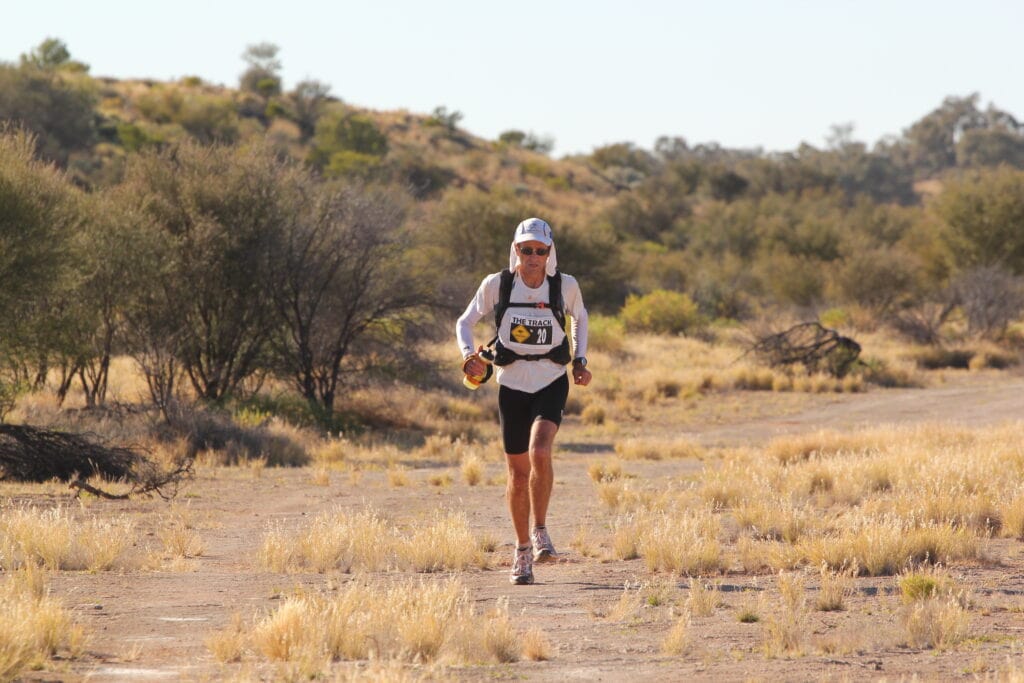 THE TRACK: more than a race, an odyssey…

His taste for running, Andrew shared it in a book*. His experience on this first edition in 2011 takes a whole chapter. So, lets him talk…

“Like most monsters, THE TRACK was a magnetic hybrid of mixed parentage. On one side was the same French sense of the theatre of the absurd that gave birth to the Marathon des Sables. On the other, from Australia’s undead heart, came the set design, the open horizons and emptiness of the never-never. In May 2011, a cast of 23 runners representing 10 countries played out this unique drama, making up the script as they went, starting and finishing far from every modern somewhere.

The course was the longest ever in the world of multi-day races, stretching 520km from a start in the deceptive serenity of Ellery Creek in the West McDonnell Ranges to the arrival in Uluru, rising from the strange land of the desert oaks.

At the start, it’s not uncommon to see other participants as dishearteningly younger, stronger and better prepared for the challenge. Even if this first impression is right, it’s rarely a good indication of how they will manage what is about to take place. Soon you find out that it’s a game of chance, that no-one really knows for sure how to get ready physically for an event of this scale, and that it’s what you can’t see that will really count once the race kicks off… the ability to deal with doubt will be at least as important as physical fitness.

I lined up for THE TRACK with an uncomfortable feeling that I might be out of my depth, that I might not even have the right to hope to finish. All I had was a powerful sense of longing.

This race was twice the length of any multi-stage event I’d done before. With an average day of 60kms on tough terrain, icy nights in plastic tents dripping with condensation, the irresistible onslaught of a mouse plague rippling under…suicide squads of flies…no reasonable prospect of ice cream… and the end soon looked to be receding.

It’s in the nature of moments like this that you end up doing things you can’t believe. This is where you learn a lot about yourself, about how much you don’t know, and about how the more you know, the less your knowledge represents of all there is to know. So, you ignore your doubts, fall into your natural rhythm, breathe, count, listen, manage resources… hum, laugh, grit your teeth, sigh…

And then, there was Uluru, unmoved, pale, silent and wise under a full moon at the stroke of midnight, standing behind the finishing banner. This was the end of THE TRACK – the end of adrenaline and the start of pain, a flood in a dry place. The galleries of memory will display the images of this colourful band of adventurers in the back of beyond. The truth of THE TRACK is not something that can be captured in an instant, quantified, or reduced to a narrative laid out.

The real events of THE TRACK are safe in that wordless part of my head, where the entire experience can be re-lived in a shiver that I can’t share and a slight, adjectival smile that is most often mistaken for something else. The long days and isolation of THE TRACK became the last stage in a journey that began years before, a running odyssey… After that, nothing is quite the same again.” 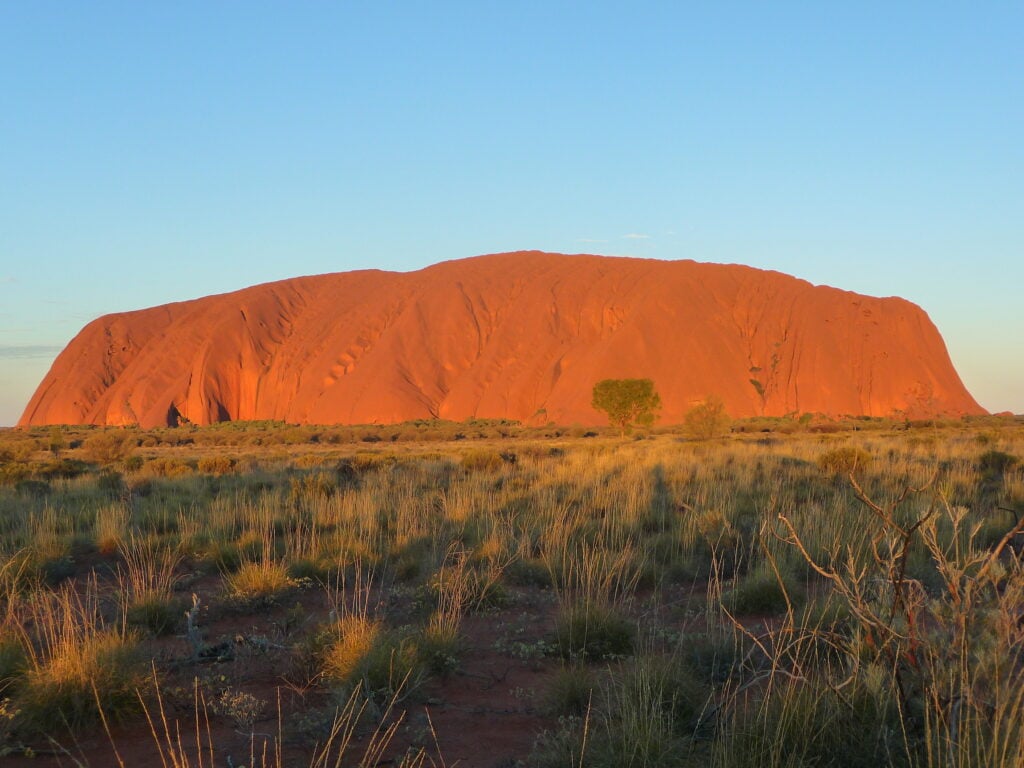 While preparing the first edition of THE TRACK, a few Australian voices claimed against the organization of such a race in the Outback, especially if it is managed by strangers.

“I do remember well the scepticism on the CoolRunning forum, but I guess the motivation would be that, at the time, there was very little experience or understanding of stage races in Australia, and doubt that someone could come in from overseas and pull off successfully something as big as THE TRACK.  Also, in those days, the forum was very much dominated by runners who felt the ultimate challenge was a single stage race or a ‘miler’ – a 100 mile race. To them, I imagine, a stage race was a lesser achievement. Having done MDS, I suppose I understood what Jerome was planning. I could see from the event details that he was serious and had done his homework, and the event looked like it was possible and an enormous challenge. He deserved respect for even trying, and support in making it happen.”

Such a spontaneous and encouraging support! And much more, after finishing the race, Andrew told out loud his feelings and offered us a t-shirt signed by all runners. What better testimony could we receive? 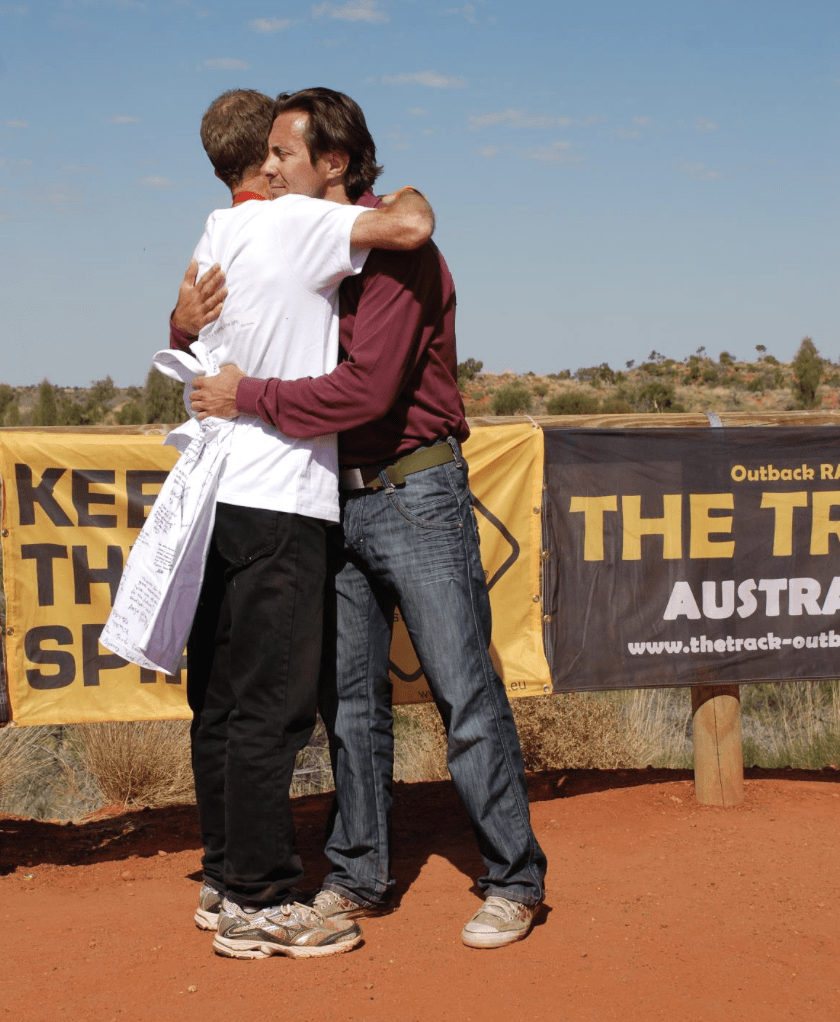 An answer to the question we did not ask:  Would you do it again?

“In a heartbeat, if I could get myself organised and felt my body was up to another beating. 2022 is not entirely out of the question, but I need to get my head in the right place first.  There is no other event that has stayed so vividly in mind, and which still haunts my dreams on a good night.”