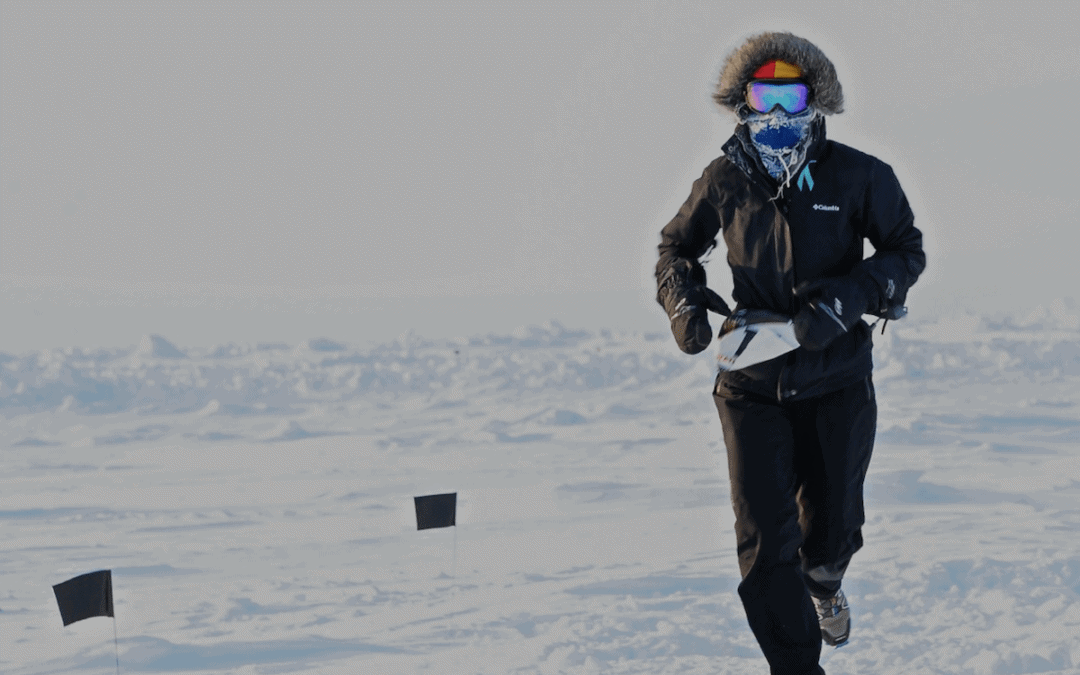 She’s going to run THE TRACK this year for the first time. Her performances, her biography, make us all dizzy. Without necessarily trying to win this challenge, Heather will give everything as usual with a smile, supporting an Australian foundation she cares about.

A vital force, a treasure…

In the word challenge, we first perceive the difficulty. Some also see the opportunity to outdo, to overcome what seems overwhelming. Heather Hawkins is one of those people.

In 2007, Heather,  happily married and a mother of two, learned at the age of 41 that she had ovarian cancer. This was a huge shock as this pernicious cancer is often diagnosed very late, due to the lack of apparent symptoms.

After extensive surgery, performed within 10 days of diagnosis, Heathers cancer was found to be Stage 1 Ovarian Cancer. This diagnosis meant  that Heather was able to utilise new research for her post surgical treatment, allowing her not to have chemotherapy.

While healing, Heather had only one idea in mind:  to live a life, not defined by cancer.

As the shadow of illness faded, Heather realised that it was important to make this second chance count; not just for herself, but especially for her loved ones and her friends.

Heathers new direction was now set by a new mindset  –  “Never give up”, “Make the most of life”, “believe in the impossible”, and “find your own way”, and more importantly turning these thoughts into actions.

This second chance of life now defined this moment in time.

”My life has been in two parts, and the journey since my cancer diagnosis has been one I never thought possible, or could have even dreamed of.” Heather Hawkins

Awakening the “Adventurous Spirit” inside

The first step for Heather was to become a Surf Lifesaver at Coogee Beach where she lives, just two years after the Cancer diagnosis. 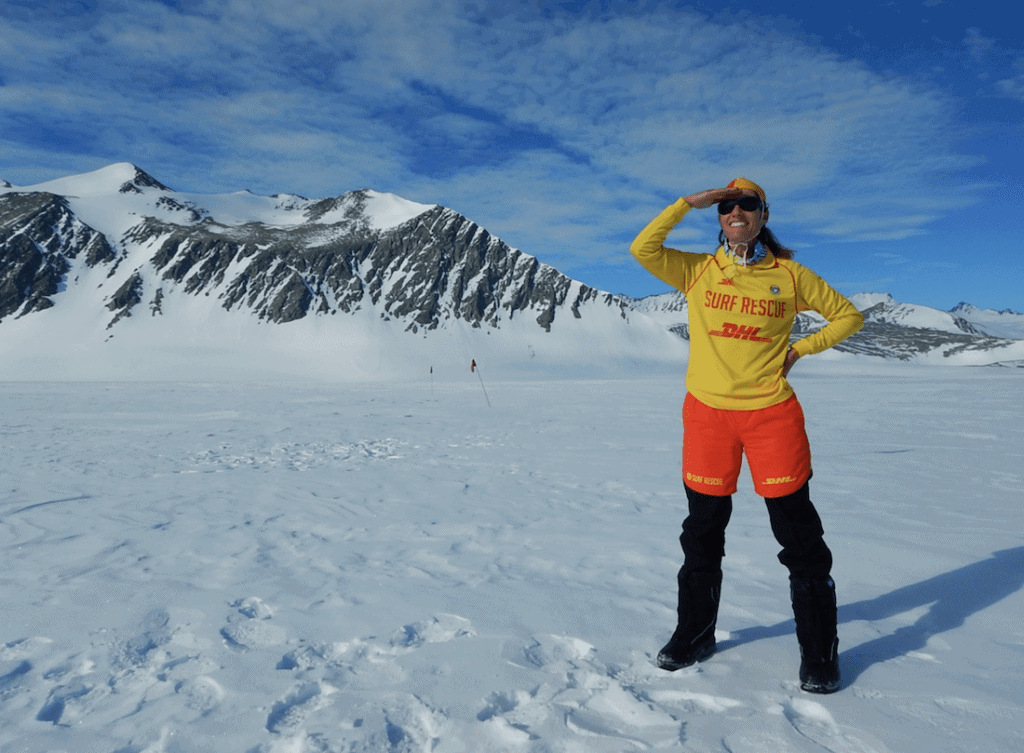 Her second step was a 4 km race organized for Mother’s Day in 2012, and twelve weeks later, her first “big” race covering 14 km!

Since then, Heather has now run 22 marathons and 6 ultra-marathons, including the famous North Pole Marathon (female winner at age 50) and the demanding World Marathon Challenge (7 marathons in 7 consecutive days on 7 continents). And to go even further, and even higher, in 2016 she took her daughter and son to the roof of the world, trekking the Great Himalaya Trail over 152 days, covering 1750km’s.

Heather has been described  as having immeasurable courage, unstoppable conviction, and unwavering  determination, carried by her new purpose…

“Challenges make us into challengers. They teach us to build resilience and positivity… to face up to things once thought way beyond our measure, and ultimately go a whole lot further than we originally thought”.

Thankful for the medical expertise she benefited from, Heather actively supports several Australian charities and foundations related to cancer research and patient support (Can Too, ANZGOG, Ovarian Cancer Australia, and the Indigenous Marathon Foundation).

At the same time, she is committed to helping others wherever her energy and positivity can help.

In 2017, after ten years of this “new life,” Heather Hawkins also shares her experience of resilience in a book she naturally named, Adventurous Spirit.

“When I was a child I wished for a life that was happy and smooth… Yet as my life has unfolded, and the shade has at times overshadowed the light, I can honestly say that I am grateful. For today, I am a wiser, deeper, stronger version of that 1960’s child.” Heather Hawkins 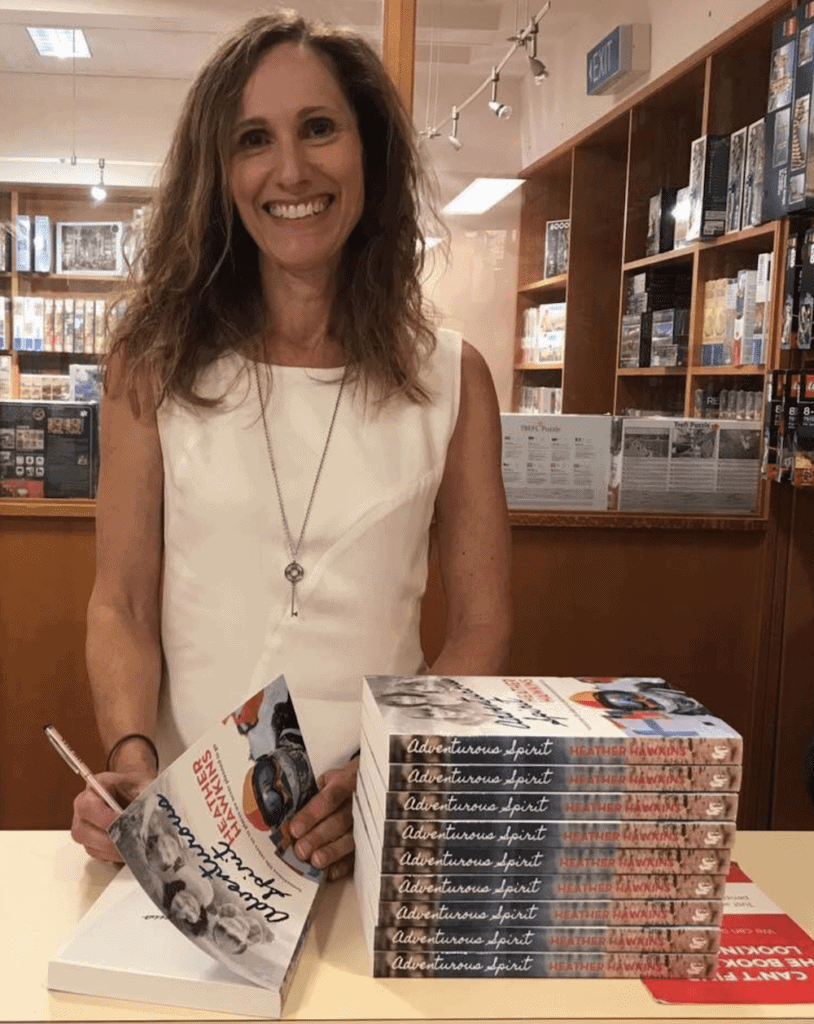 Even more than her physical achievements, Heather’s motivation continues to be driven by seeking out opportunities which challenge and fulfil her…. and at the same time making her smile. That is why she’s joining us on THE TRACK 2019.

Heather absolutely loves the idea that the race runs through Curtin Springs Cattle Station, where she lived and worked in 1987, and is very much aware of the physical, mental and emotional magnitude of this event.

“I am also grateful that this event gives me the opportunity to raise awareness and funds to help You Can (for YOUth facing CANcer) via the Sony Foundation Australia”.