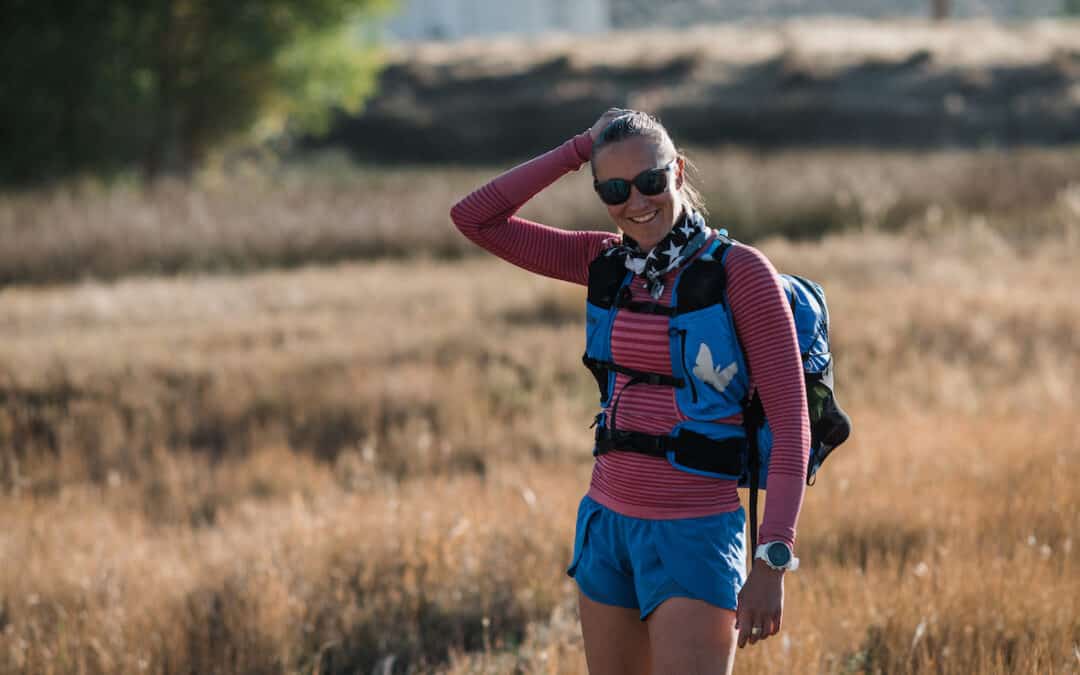 2019 must be a culmination, a consecration for this racing and ultramarathon professional. Her objective is clear: to become the first woman to win an ultra in self-sufficiency on each of the 7 continents.

Born in Canada, raised in Colorado, with dual Canadian and American citizenship, Jax started running at the age of five. She ran her first 5km race with her mother that she quickly outperformed to finish medalist for the under 8 years old group. She knows quite all sides of the race. Since school, she practiced athletics, cross-country, triathlon for 10 years, marathon… without forgetting cycling, skiing and other sports. It’s a move from Colorado to Oregon that puts her on the ultramarathon track at 33. A first ultra of 50km in 2013 (she finishes 2nd) will draw her new road.

“I thought I could be pretty good at this kind of race and that’s where my career starts in the ultra.” 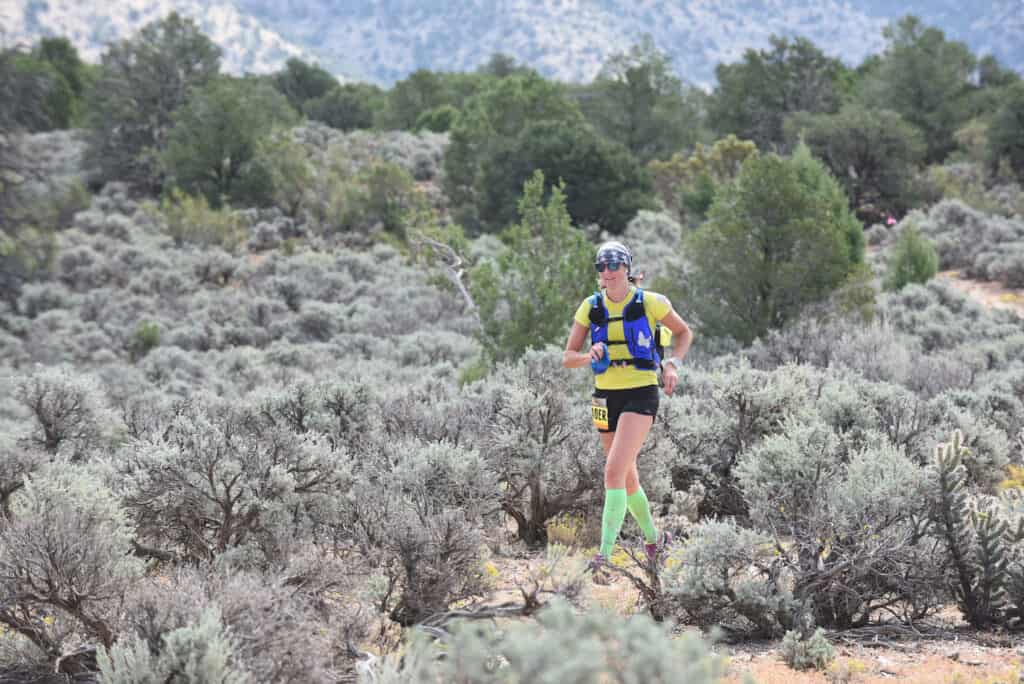 … But a competition we win

Five years was enough to propel her into the top ultra-runners. It is to say Jax never does things half way. After a few races of 50 to 160km where she ranks each time in the top 4, she decides in 2016 to try the Grand Slam Plus of the 4 deserts. Nothing less than a series of 5 ultras in self-sufficiency in the deserts of Atacama, Gobi, Sahara, Antarctica, plus a last race in Sri Lanka. She finished first woman in the four desert races and second in Sri Lanka; With an often huge advance (up to 12 hours) on her female competitors and always very close to the winners.

Crowned Queen of the Desert, Jax continues her journey by becoming the first American to win the Grand to Grand Ultra (G2G) in 2018. We are not surprised that she aims the ambitious target mentioned in the preamble for 2019. If everything goes as she wants, THE TRACK will be the 7th and last stage of her challenge, the final in a way. 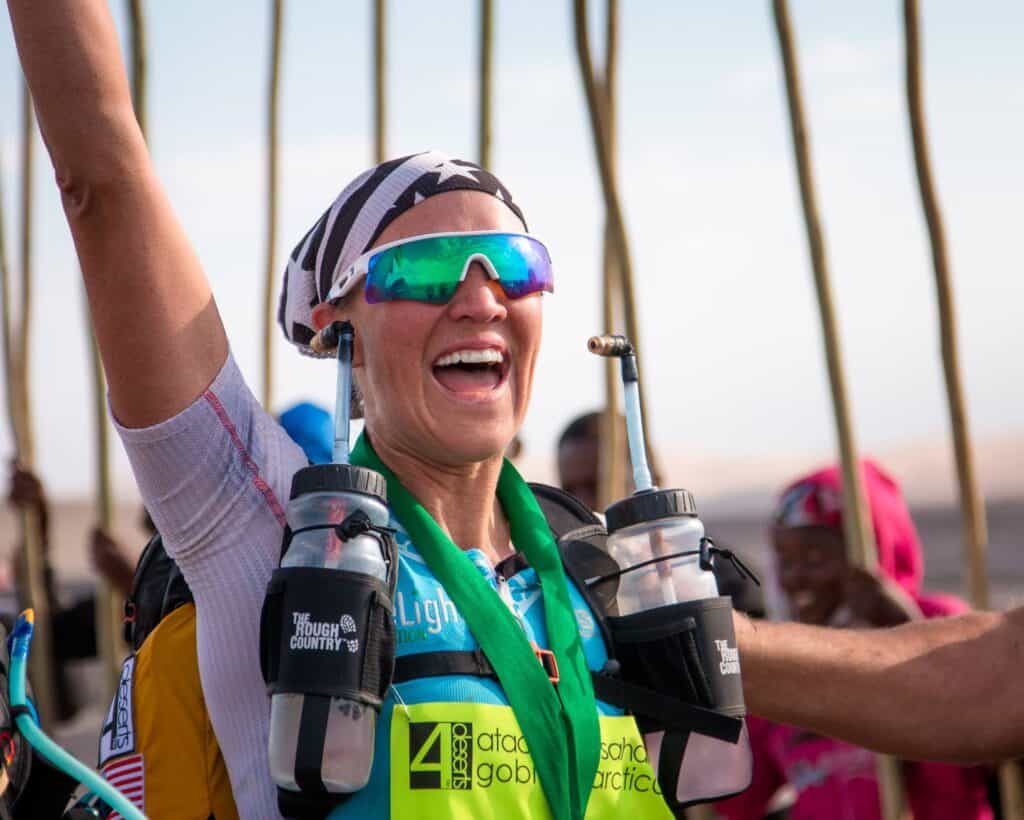 She chose our Australian ultra-race, aware of the tough adventure it is.

“Some have stated that New Zealand counts, yet I want this record to be very legit.”

It will be such a discovery since she never went to Australia. The distance and the climatic conditions require a demanding preparation in which Jax Mariash leaves nothing to chance. Her training program is drastic and since she is also a founder-manager of a company and married, she admits having sacrificed her social life a little.

Raised every morning before 5h, she combines race, gym and meditation. “Mental readiness is just as important as physical training.” Her strategy is to eliminate doubt. “The second you doubt yourself, you give them the race.” Finally, she will not forget to bring some small fetish objects or varnish, eyeshadow, iPod and “war paintings” that add a pick-up when it is hard.

“I’m really excited to check out the race, enjoy a lot of miles with a great group and hopefully break a world record. You never know what can happen…. I will take it day by day to hopefully achieve my multiyear goal.”

That said, Jax’s greatest asset could well be her unwavering passion for sport.

“Running, you really feel free; the human body taking you to beautiful places. In self-sufficiency races, you are one with nature with everything needed on your back.”

Motivated to show that the impossible is possible, a childish smile can be guessed when she says that living such an adventure “is like going to play outside”.

THE TRACK, the concept