Nicolas Autret, having race under your skin 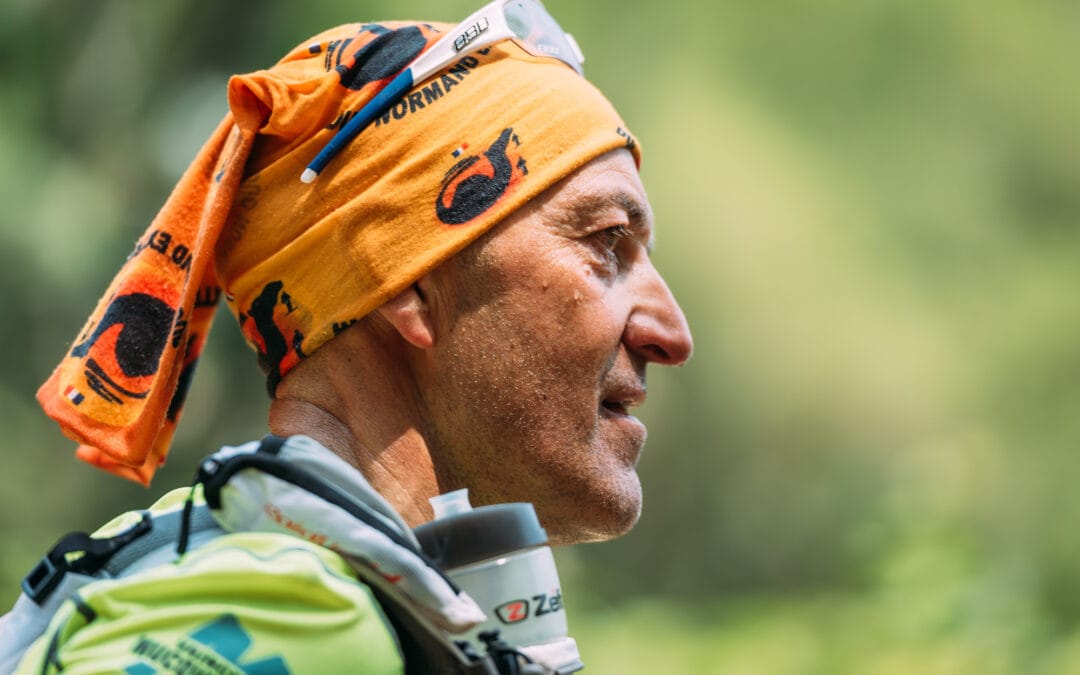 Experienced marathoner and participant in our very first race, Nicolas Autret is one of the emblematic runners of our history. But you must know that our paths had crossed long before the creation of Canal Aventure.

Since the age of 7, Nicolas has played football, practiced cycling, etc. Entering into the National Gendarmerie has led him to maintain a solid physical condition. In 1999, passionate about running, he embarked in an ultra-marathon in the desert with a team called “Fennecs of Upper-Normandy”. Thanks to the regional media following the team, a young Norman, Jérôme Lollier, discovers Nicolas. As a student, he is already interested in events and sports and will soon join the organizing team of this challenge: the Marathon Des Sables. During the race, at the heart of an exchange between Norman guys, they will meet. Since then, the link has never broken, quite the opposite.

Fan of extreme races, Nicolas will commit with enthusiasm in the first ultra-race organized by Jérôme under the Canal Aventure banner in 2011.

“I met him when he was young. We were on the same line. He’s like a brother. He chose the organization but has always been in tune with the runners and shares the same passion. Extreme racing is a kind of fighting, effort management is crucial. His only goal is to bring the runners to the finish and preserve the spirit of adventure.”

Nicolas has kept a wonderful memory of THE TRACK where he discovered Australia and followed us in India, Vietnam and in Mozambique in 2018. He hopes being able to run our next Australian race in May 2022, just a few weeks before his retirement of Gendarmerie!

Nicolas lives extreme races as an antidote to his professional daily life punctuated with sad and painful events.

“It is like an exit door. We are left on our own, we are surpassing and learn to be happy with what we have. It is a testing journey with many virtues. We discover places and exchange with incredible people, we realize how lucky we are.”

That’s a fact, talking with Nicolas, passion takes over all!   He has a lot to say about the qualities of ultramarathons ran with us and stands up for the choice of a limited quota of runners.

“Unlike events involving thousands of runners, what matters here is friendliness. Meetings at night at the bivouac, mutual aid, possibility to communicate and understand without talking the same language. Runners and organizers form a solid core in order to preserve the true values of travel.”

Clearly, he evokes the difficulties of the race, physical pain, the temptation to give up occurring sometimes on the path but he highlights that runners have chosen to be here and the happiness to have done it prevails over all. Then, he confesses that involving in such adventures inspires confidence and admiration even if, back home, it is sometimes hard to share what he felt… 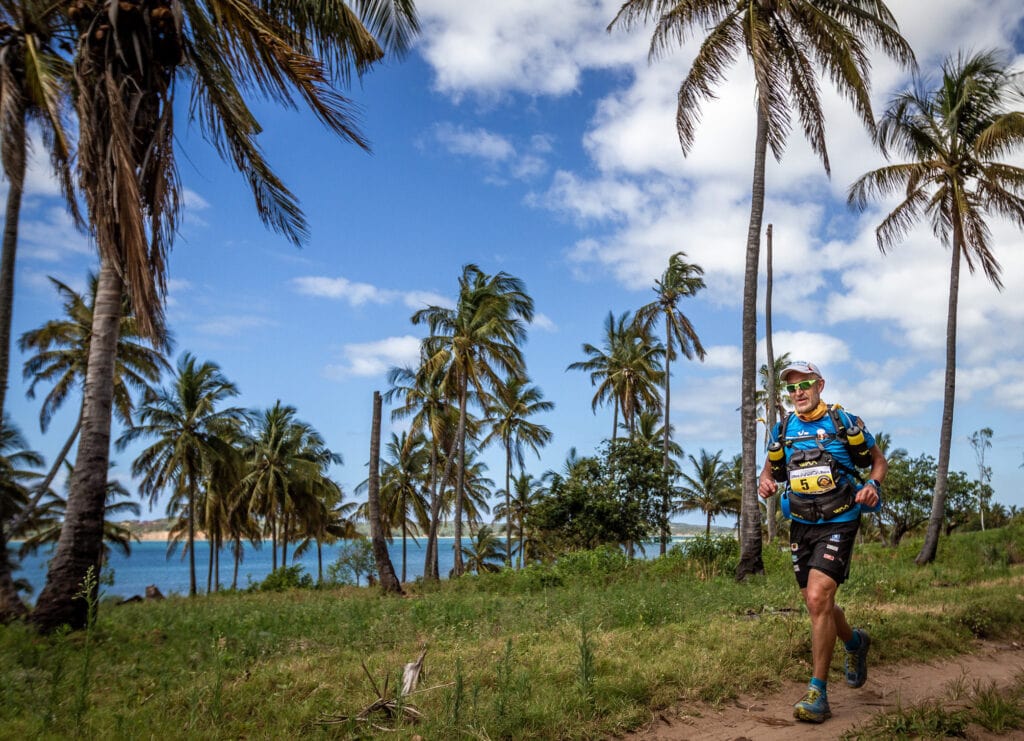 Propped up by his relatives and enhanced by those experiences, Nicolas Autret tells he is happy. “I am doped with race. It’s a drug but a happy drug” boosting physically, mentally and emotionally. This “addiction”, he dedicates it to others in various ways. First by putting on the president cap of the steering committee of an annual race opened to children and adults on 3, 5 and 10 km between Louviers and Evreux in Normandy. But also by creating with his friend Arnaud Leroy the “Norman Extreme Duet” to share their passion and support Emm’la vie, a French association fighting against cystic fibrosis. A committed man, ultra-runner and, most of all, an old friend who readily admits that he (also) loves chocolate and…. Formula 1! 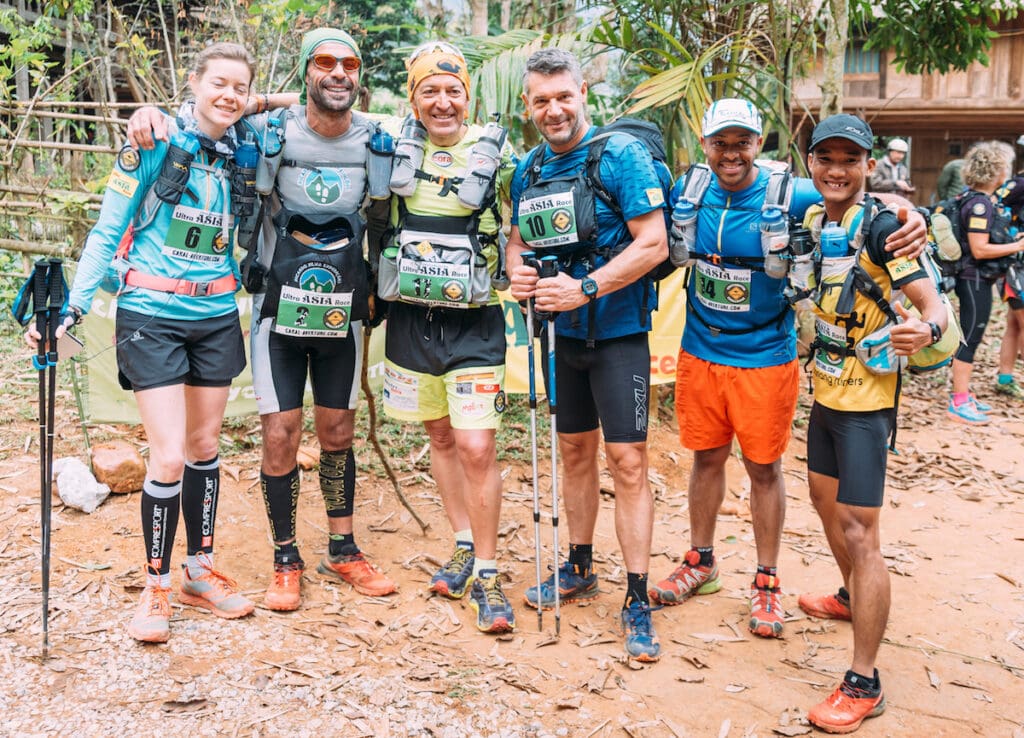