Paula and Raul: the great team 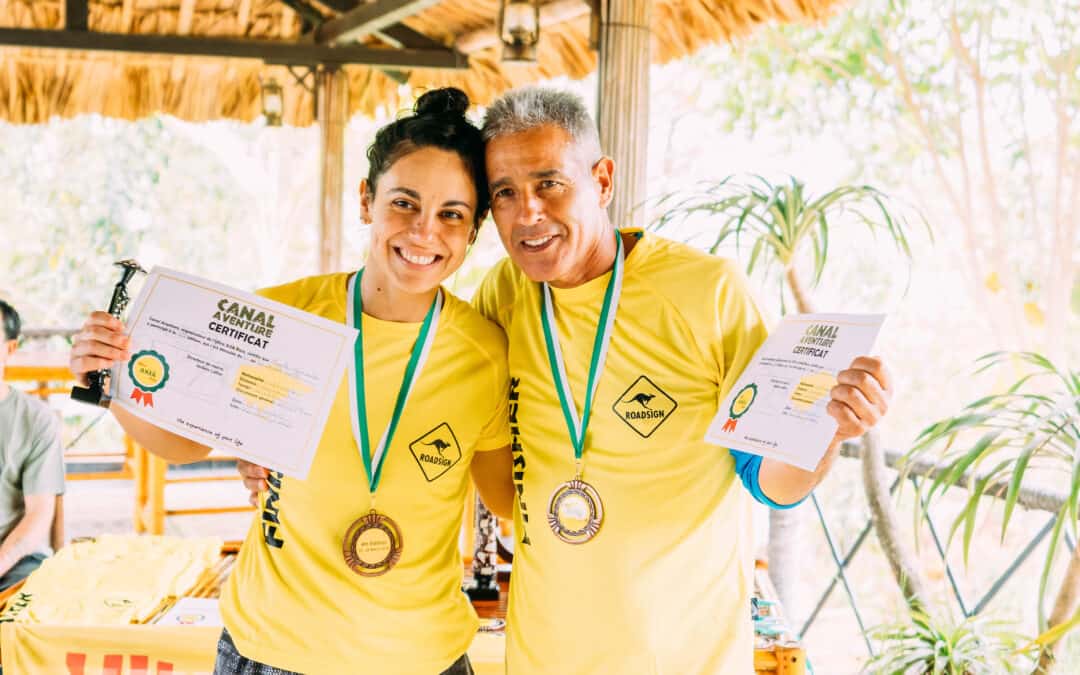 This year, the Ultra ASIA Race hosted an unusual tandem. Paula and Raul Narvaez are Chilean and, of course, are real runners, but above all, they are father and daughter. Something new on the Roadsign Continental Challenge, an opportunity to introduce you to Raul, whom we already know very well and to meet Paula.

Raul is sort reference in marathon. Forerunner in Chile at a time when ultra-marathoners were only a handful, he started jogging for “fun” at the age of 30. Today he is twice as old and continues to swallow kilometers with both energy and endurance that force respect.

Full-time businessman and marathoner for 30 years, he has surveyed the most difficult terrains, often being the first Chilean to attempt and finish the races (he is part of the 4Deserts Club). Thus Raul became last March in Vietnam the first Chilean to run the 5 races of the Roadsign Continental Challenge. Not Finisher of THE TRACK in 2017, he could not join the very exclusive club of those who have completed the 5 races. Nevertheless, the Canal Aventure team is very proud to count him today among those who have run the 5 ultramarathons of the Roadsign Continental Challenge. 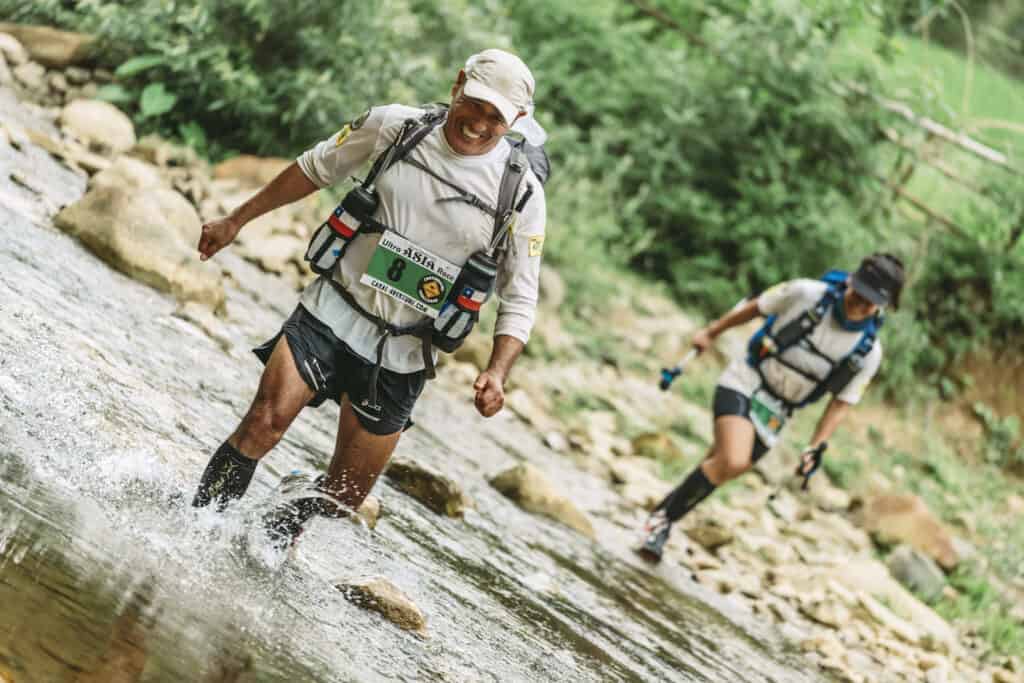 But he is involved the management team of the sports club in his city, Curico. Even though he admitted “it is more difficult to be a leader in Curico than to cross the Atacama Desert.” His personal role in the installation and financing of new equipment earned him a recognition he can be proud of: the Curico sports complex now bears his name, and he has got a dedicated page on the local collaborative encyclopedia, curicopedia.org!

A French proverb says “dogs don’t make cats.” And even if they do not follow exactly the same path, one can say that among the Narvaez, father and daughter have many common points. 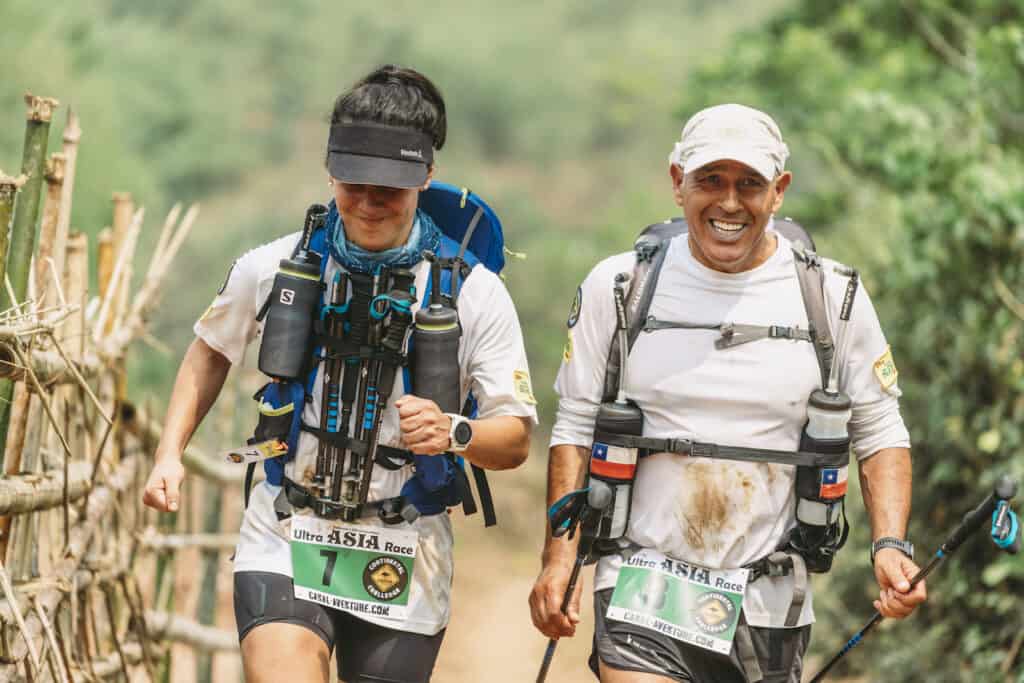 Paula is 33 years old and works in marketing. Although she always loved sports, she didn’t think she could cover such distances. The fatherly determination had overcome her doubts.

“I finally felt secure enough to try what we achieved in Vietnam.” Paula doesn’t live in the same place as Raul, but sometimes they train together when she comes to see him. “Of course, I always carry clothes and my running shoes.”

His father accompanied her in all the first races, from a 10km on the asphalt to the ultra-trail. They wanted to try new experiences together and Paula said:

“I am not that expert like my father is but I think we are a great team. We got to know each other, to understand what the other needed; a good mix of experience, youth and energy.” 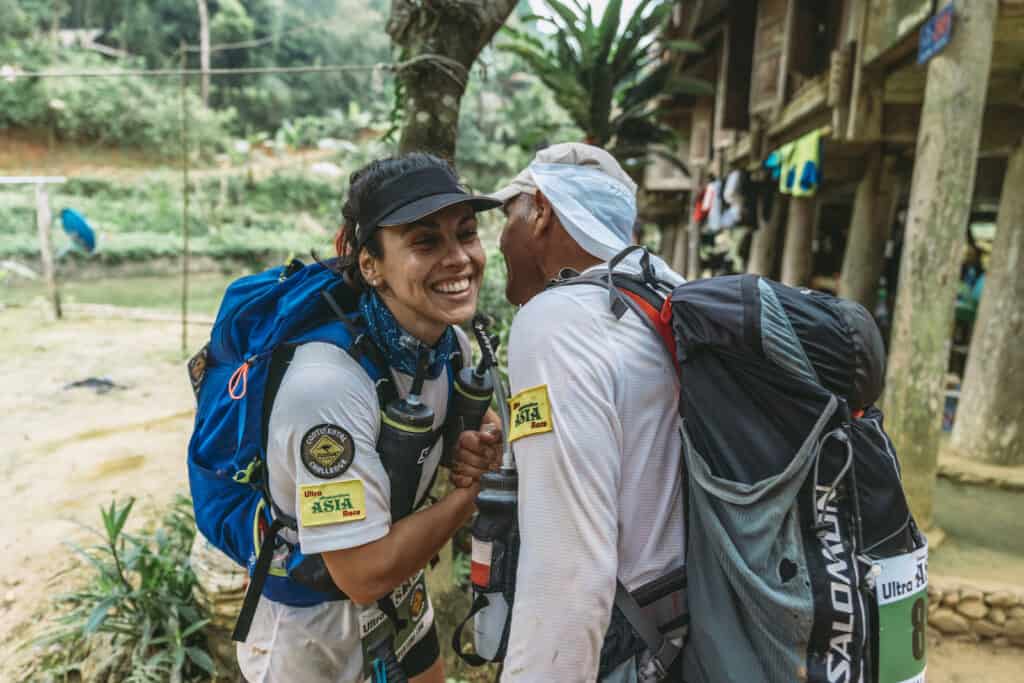 Participating in this race together was really special. For Raul, it was the last races on the Roadsign Continental Challenge, the end of an adventure begun in 2016. For Paula, it was her first ultramarathon in self-sufficiency. And then it was a challenge for two, as Paula points out:

“Few fathers can say they ran an ultramarathon with their daughter.” They proudly raised it as they crossed the finish line together. 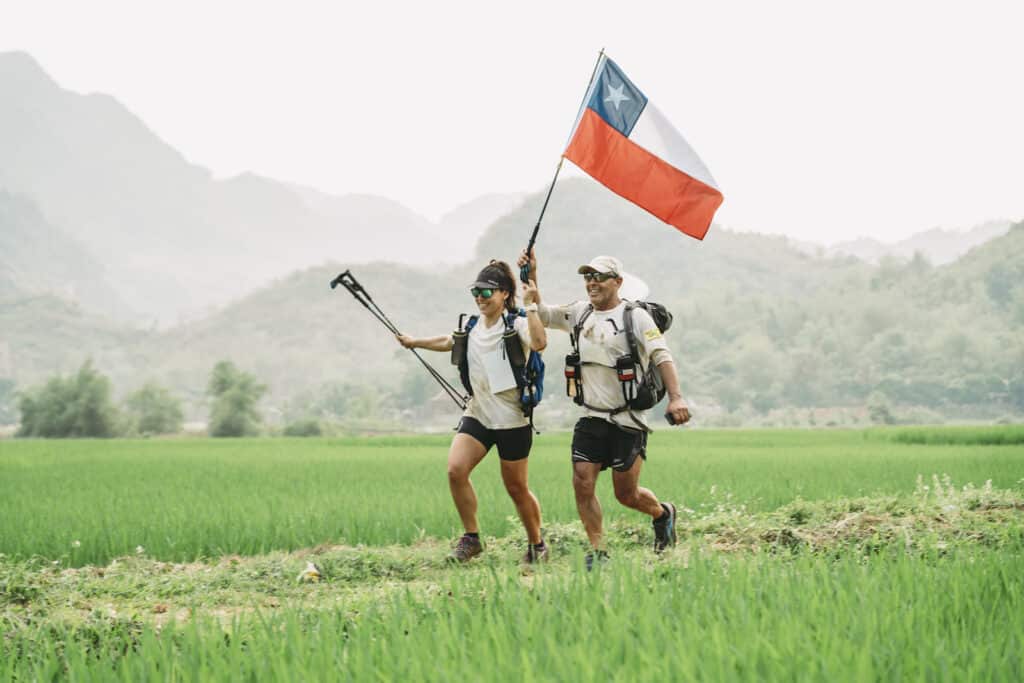 She also noted that the adventure began with a severe lag jet after 30 hours on by plane and then 11 hours to the site. It says:

“The atmosphere, breathtaking scenery and Vietnamese people cheering us up during the race make you forget everything else.” Paula also insists on the very special character of this race that they found nowhere else. She talks about sharing with other runners but also about the size of the group and most of all about the organization that “makes you feel like a family every day.”