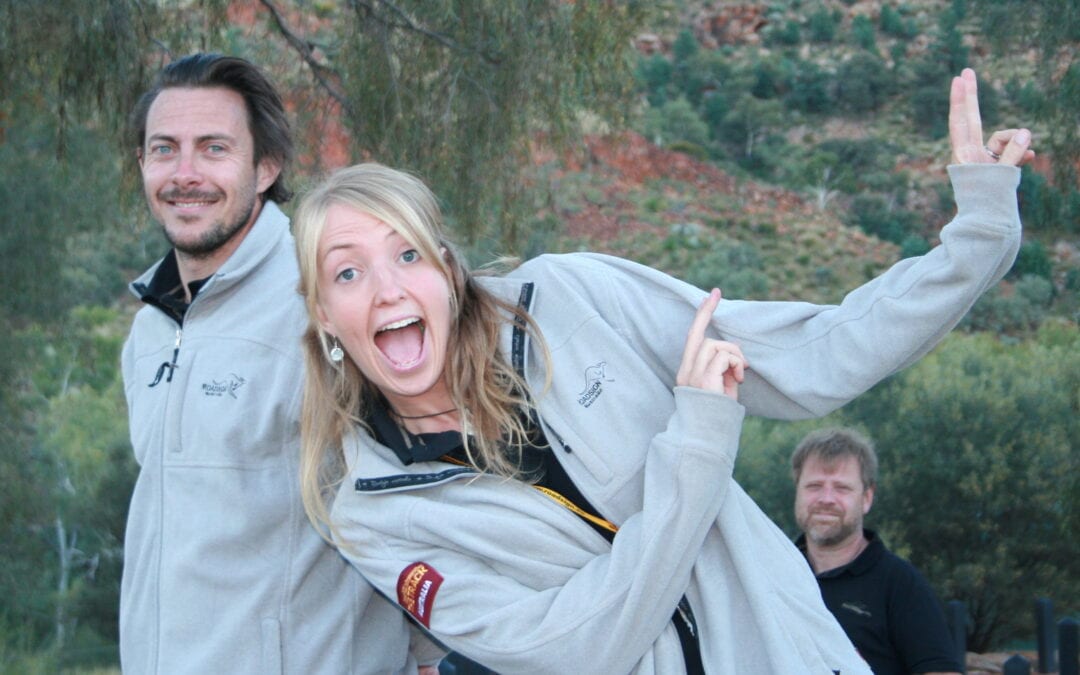 Since we met her in the 2000s, Perrine Chugg occupies a special place in our universe. Thanks to her traveler mood, her gaze on the others, her goodwill with a full-time smile, Canal Aventure was able to organize the first edition of THE TRACK in the Australian bush. Let’s tell this story…

Jérôme Lollier, founder of Canal Aventure, met Perrine while working on the Tour de France. Optimistic and adventurous, she was recruited into the Roadsign advertising caravan.

Just 18 years old, she left her native Belgium for jobs and humanitarian travel in Europe, Africa and spent 6 months au pair in Great Britain. It was here that Joshua, a young Australian who fell under her spell, challenged her… If they didn’t see each other for the next three years, she’d be the one coming to see him in Australia. In the meantime, a few messages and fewer exchanges.

In July 2008, the bet is coming to an end. She just joined her team-mates of the Tour caravan for the 3rd time when Joshua showed up. Impossible to break her commitment with us, nor to give up Joshua who is already jumping on the plane to join her! She turns to Jérôme Lollier who accepts the young man’s visit during the Tour, but may need a favor someday…

Then, Perrine and Joshua went to Australia, had three little girls and this year celebrate 10 years of marriage.

In 2017, Joshua secured a position that led them to Mongolia before returning to Brisbane in the fall of 2019. These two years of discovery amazed Perrine to the point that she “trained” to become a shaman. An empathic and spiritual know-how that she still shares today in Australia.

Perrine knows that her life today would be very different if Joshua had not been able to join her on the Tour de France. “I owed Jerome a favor for the help he had given at the very last minute. I think we are different but complementary and complicit in a beautiful friendship. I care about this relationship a lot.”

And you will see that the young woman knew how to “return the favor” in the most beautiful way when we needed it.

THE TRACK, Perrine and Aborigines

In 2010, Jérôme designed THE TRACK and carried out the path of the future race up to the edge of Mount Uluru, symbol of the Australian bush. The last step in this preparation is essential: obtaining the indispensable authorization of the Aborigines whose lands we will have to cross.

He contacted the Rangers, an essential link for any meeting with Aboriginal leaders. And since he will no longer be in Australia on the date set in September, he entrusted Perrine to manage the operation…

“The Ranger who greeted me at the Alice Springs airport was not very pleasant. After telling that the Aborigines seldom gave their consent or under conditions, he added that they would never accept our request, especially if it comes from a foreigner. Beyond my feeling of frustration, I had a furious urge to prove he was wrong! Arriving, I discovered about fifty Aborigines sitting on the red earth, a group of 7 to 8 rangers, a platform with microphone and speakers. I waited my turn, as the rangers had other matters to settle with the community. When I was handed the microphone, I felt totally out of step, there on the stage, facing these people who communicate with nature, with their intuitions and whose secular traditions are so important.

I didn’t want to stand higher than them. I took a deep breath, I gave the microphone back to the person who had come to fetch me. I took off my shoes and went to sit near them. I put red earth on my feet and hands… There was a great silence. I asked if any of them spoke English so that my request could be translated into their language. Then, a young man agreed. Apologizing for not speaking the Aboriginal language, I said that I was new to the country and that I would soon marry an Australian. Then, I explained Jérôme’s project. The race, the intention and the human project behind the race. I spoke about our concern to preserve nature, our desire to invite some of them for two days to guide us through the bush, to show us where to make fire, etc. in order to respect the sacred places.

Finally, I thanked them for listening and crossed my hands on my heart in gratitude. After a few minutes, elders nodded and made quiet sounds. My young translator told me they had all agreed!! When I asked if there were any conditions to this agreement, one of the ancestors spoke and everyone laughed. My interpreter told me: they think these people are crazy to come here to run under the sun but we will watch them pass laughing.

Naturally, I laughed while thanking them deep down in my heart. I put my shoes back on and we left. Needless to say, during the journey, my ranger remained very quiet… my smile probably said a lot
After a meeting at the Rangers’ office the next day to settle a few loose ends, I went home. It was a beautiful adventure where I once again learned to listen to my heart and my intuitions. And more I had fulfilled my mission and returned the favor to Jerome, with honor.”

Although the Australian administration took several months to issue all the authorizations to launch this race in 2011, Perrine was a valuable asset in the completion of this project symbolizing the Canal Aventure spirit. 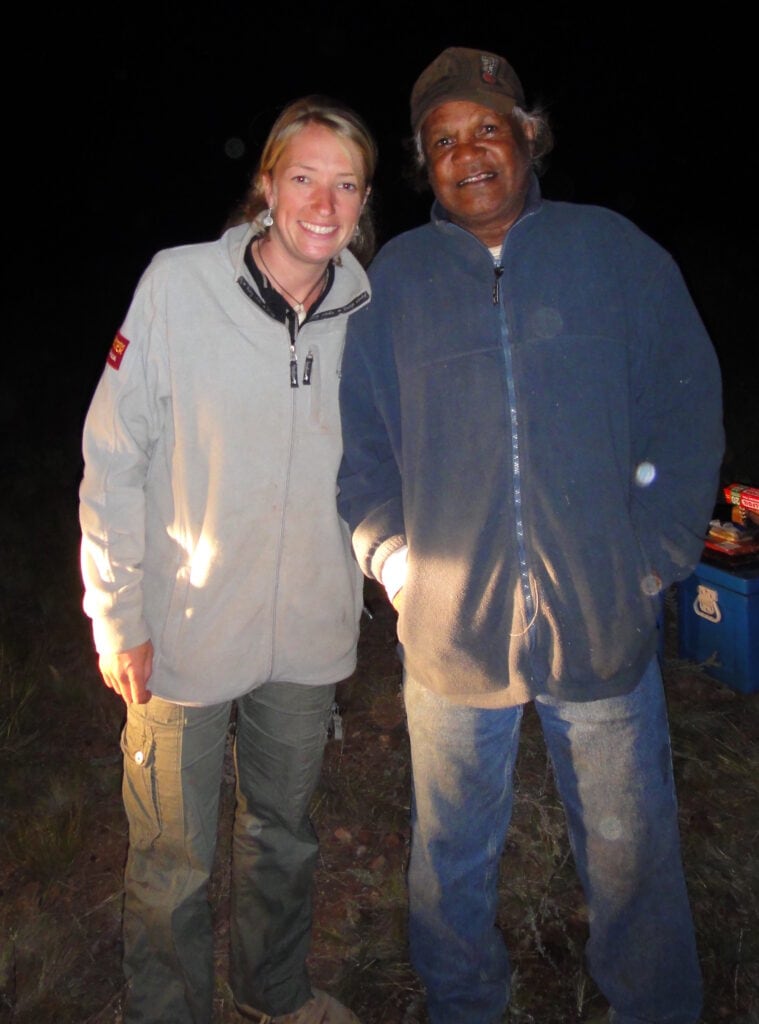