Sascha Gramm. Faster, why not? As far as possible, surely! 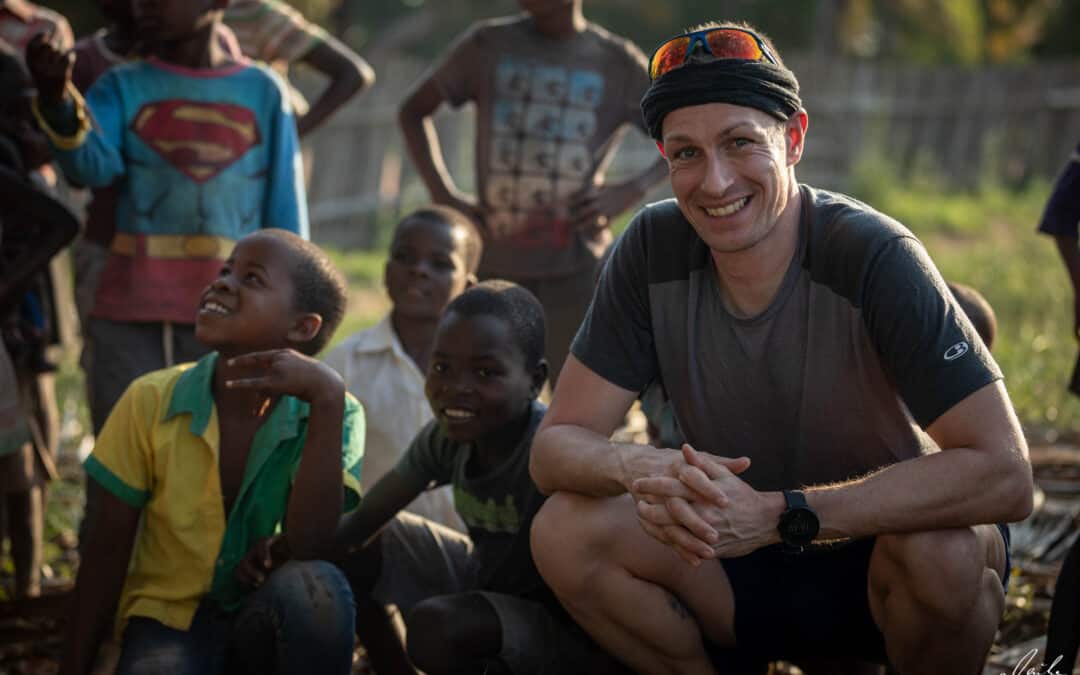 77 hours, 50 minutes and 17 seconds. That is the time Sascha Gramm says that he has passed on tracks of the Australian outback in 2019. Business economist, he confirms being a man of numbers but when we talk about voyage, the genuine sportsman and dad of two little daughters is taking over. Without giving up performance…

Sascha joined the adventure of the Roadsign Continental Challenge in 2019, after 25 years of endurance sports. When he tells his personal story, we can see that since childhood, this German (who celebrated his 40th birthday during our last Australian escapade) gets a deeply rooted taste of performance. 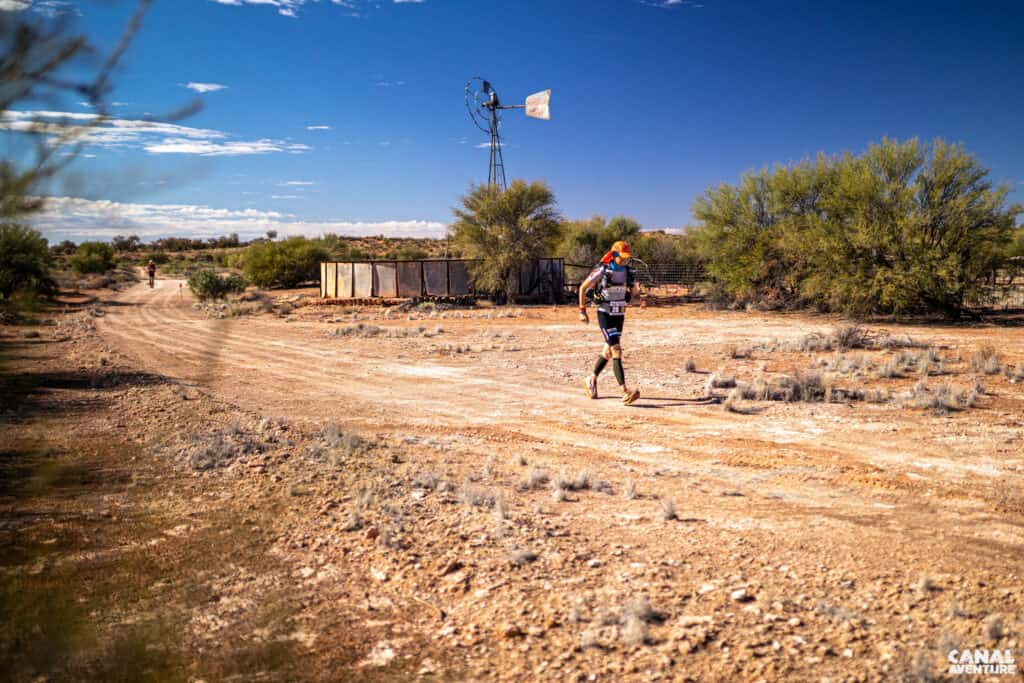 Starting with small running laps on his way to school, he tried half marathon, marathon and came to triathlon for several years, including swimming, cycling and running. In 2016, he gets a trainer certificate and since, he shares the benefits of running on a website. After various experiences, he wanted to try long stage races.

“My first stage run took me 250 km through the Gobi Desert. Finishing at the 14th rank and first German runner. Since, my heart has been beating completely for ultra runs.”

Running, surpassing and most of all sharing

Then, his envy and main goal was to run THE TRACK. Sascha tells he will never forget this first race with us because it is here that his boundaries have definitely shifted.

“I have learned that with discipline, diligence, courage and joy you can actually achieve your goals.”

An awesome experience, especially as he could share the bivouac with Andrea Löw, a teammate used to the Roadsign Continental Challenge and that he had met during the race in Mongolia. Due to the individual running speeds, they did not run together but Sascha remember an outstanding event.

“Our paths crossed on the last 137 km stage. We decided to walk the Australian night together and it is the best thing that could have happened to me. Despite inflamed feet and pain, we kept the mood high, cooked, sang and suffered to the edge of hallucination, just two hours before reaching Ayers Rock.” 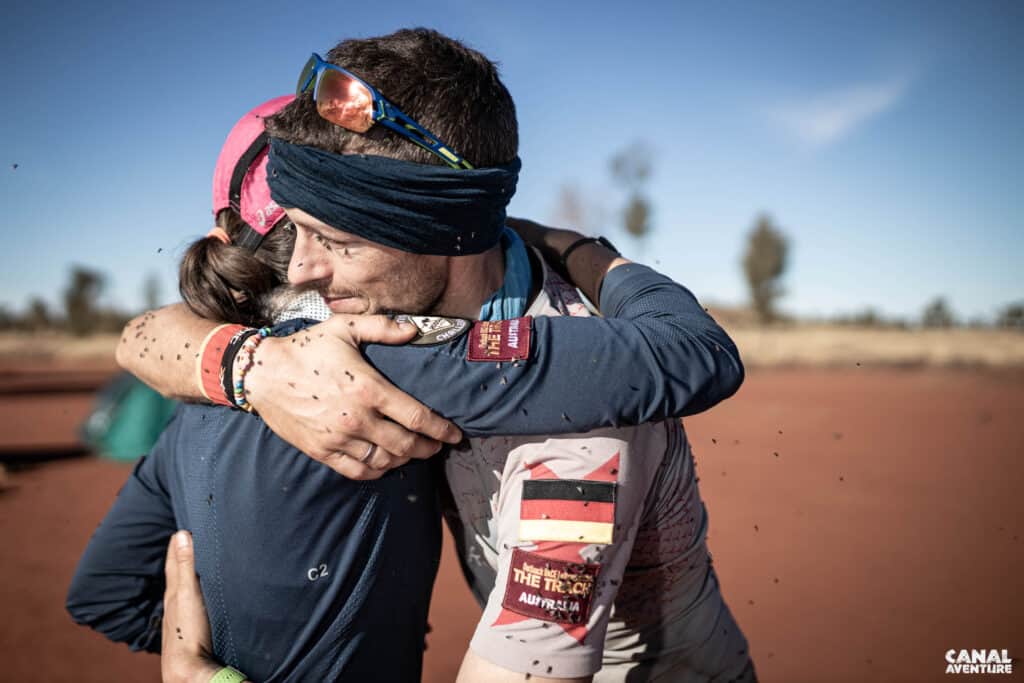 “I manage to do my best in Mozambique and, despite being 45 minutes behind, still managed to finish second in the final stage. The joy was correspondingly great considering the consistent preparation.”

Beyond performance and even if the challenger is never far, he admits being very impressed by the country and its people, especially by the curiosity and openness of the kids in small villages.

“At one of the checkpoints, Gurkan Acikgöz and I sand in the immediate vicinity of a school with about 60 children… a very moving moment.” 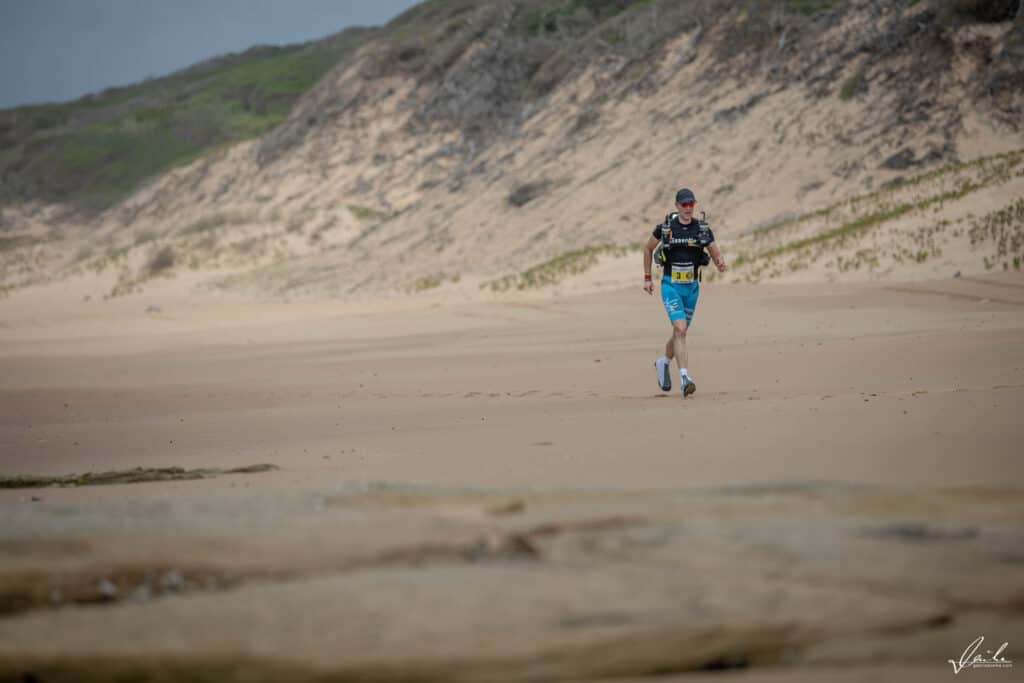 Having more beautiful things to discover

Sascha will be back with us this year in Norway and Bolivia. The strong identity of each race of the Roadsign Continental Challenge motivates him to run under new latitudes.

“In Australia, it is the length of the route and the impressions of the Outback. In Mozambique the remote places beyond all things we know and the African heat. In Norway, it will be the enormous number of vertical meters and the experience a team will have to get along well. In Bolivia, probably irritation due to the altitude and the extreme temperature fluctuations.”

Anyway, Sascha works to be ready to confront the specific needs of each race and hopes to successfully contest. Let’s tell that his motto is “Being faithful allows to move mountains”… It could perfectly match with these destinations! We can bet that he will go on wearing the logo of a German association helping children (www.mutige-kinder.org), learning from the others and being pleased by the spirit of mutual support prevailing on the Continental Challenge.