A few weeks after our return from Mozambique, we wanted to give the floor to Takao Kitada. Followed by a television crew for the duration of the event, Takao knew that he could not fail … He absolutely had to cross the finish line on Jangamo beach. Extra stress that he managed perfectly. At the end of the 5 days of competition, Takao finished 3rd of the Ultra AFRICA Race 2017.

Takao, you did the Ultra AFRICA Race in Mozambique last November. How did you find this race?

It’s a great race that allowed me to run on the white sand beaches along the Indian Ocean. It was really beautiful! The itinerary also gave us the opportunity to cross many villages and thus meet the locals … The welcome was great! I could not have discovered these places if I had not come with the Ultra AFRICA Race.

Takao along the Indian Ocean

The Ultra AFRICA Race is the first event of its kind organized in Mozambique. Did you like the country?

Yes a lot. I liked the meeting with people. We went through villages that had never seen foreign persons … The children were initially suspicious then sometimes they followed me running. It made me very happy and loved it! 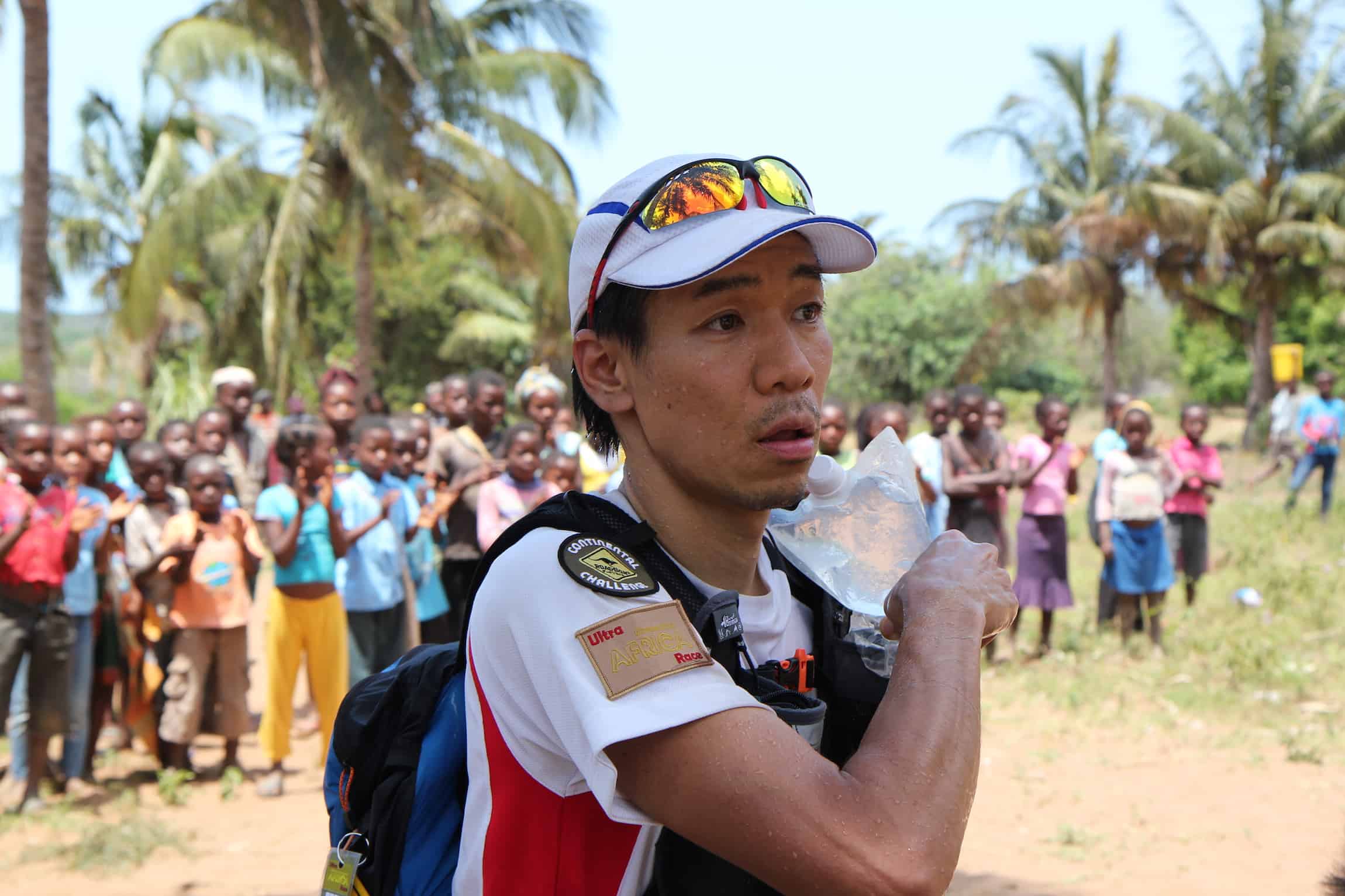 Takao supported by children in a village the third day

A Japanese television team followed you during this competition. Did it make you a little more stressed? You could not fail?

It was very different conditions compared to other races that I could do without a film crew. Indeed, I felt that I did not have the right to fail! There were difficult moments, especially the second day but in the end I took the challenge and achieved the goal. This experience has brought me even more confidence.

The Ultra AFRICA Race is the second race you run with Canal Aventure, you participated in THE TRACK in 2015 in Australia, what memories do you have of Australia?

I was very worried and anxious to participate in THE TRACK in 2015. It is the foot race by stage and in Self-supported, the longest in the world: 520 km to go in 10 days in the Australian Outback. It was also a challenge for me because I was the first Japanese to participate! I managed to finish the race in 79h38 minutes. I overcame the difficulties of the competition and also my anxiety to finally take a lot of fun to run this amazing ultramarathon.

Takao at the finish line of THE TRACK in 2015

What are for you “the most” of the Canal Aventure events? Do they have a special charm?

The charm of Canal Aventure is that the organization is based on a human structure. The participants and the staff all share the adventure together, like a family. The links that are created during challenges are stronger in these conditions. I was able to meet very friendly persons during my two races that I did with Canal Aventure.

Are you going to try the other Roadsign Continental Challenge races and try to be the first Asian rider to complete it?

For now I have no specific project but I want to try the Ultra BOLIVIA Race, the challenge that Canal Aventure organizes on the Bolivian Altiplano and who cross on the salt lake of Uyuni, the largest salt lake in the world. 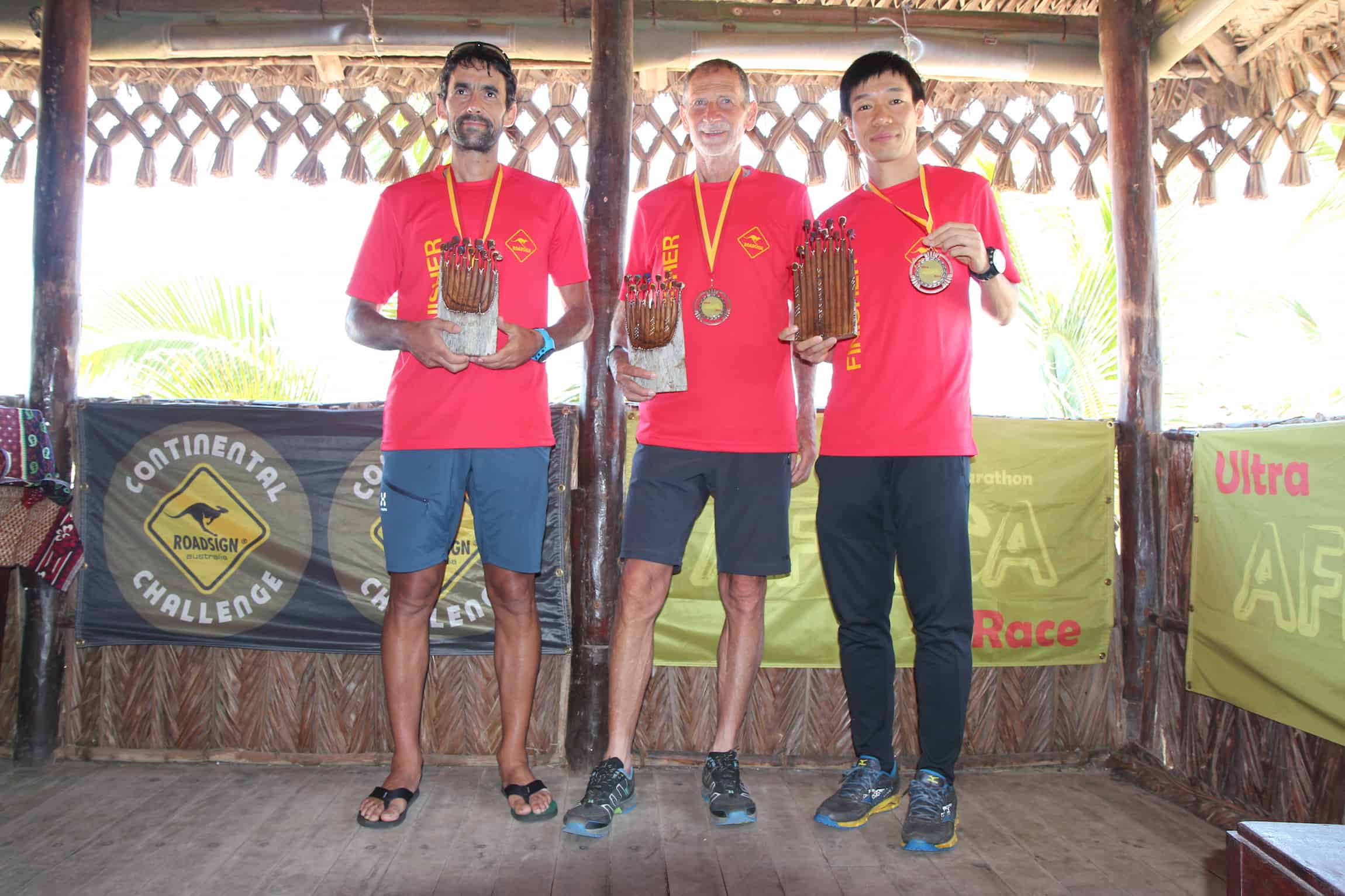 The podium of the Ultra AFRICA Race 2017, Takao with Julen Urdaibai and Marco Olmo

Look at the Final results of the Ultra AFRICA Race 2017

Look at the program of the Ultra AFRICA Race 2018