Taiwan is not only a high-tech leader. The country trains and supports numerous high-level sportsmen and women ; among them Tommy Chen, a young ultramarathon athlete whom performances and attitude induce respect.

We can be at the same time a Taiwanese of cities (Guoxiao) and a Taiwanese of fields (Guozhong). And Tommy, also skater, claims both. It is to say that if the skyscrapers of Taïpeï are known all around the world, countryside, high mountains, beaches and lagoons constitute 70 % of the surface of the island.

As a child, a rural life and participation in the fields work gave him the taste of nature and sport. In high school, he joins the track and field team and worked hard to get the 10,000 meters national championship. Promoted to the sports university, he discovered ultramarathon by participating in a long-term polar adventure. “At this time, I fell in love with the super marathon in nature” he specifies.

Today thirty-two year old, Tommy reached the goal that he had settled: finish 8 ultramarathons on 7 continents in 5 years; a challenge which led him under latitudes very far from his native country. His performances allowed us to discover his talent and obstinacy when he won the first edition of the Ultra BOLIVIA Race in 2014 then the Ultra AFRICA Race 2015 in Burkina Faso. In 2015, he became the first Winner of the Roadsign Continental Challenge.

Beyond his sports performances, the Taiwanese made of Tommy Chen one of their favorite standard bearer.

He does not look for the victory at all costs but – whatever are circumstances – Tommy makes a point of ending his races. It does not seem very surprising for an ultramarathon runner. But Tommy knows adversity. Serious illness, surgery, severe wounds… his bravery prevents him of giving up. His last wounds in the knee and in the feet in spite of which he ended hard races in high mountains (nearly all the way on his palms!) will just enforce the respect and friendship of his fellow countrymen.

The courage and the wisdom

This resistance, he owes it to a relentless training and to lucidity:

“When I start preparing for long races, I work the endurance by running from 2 to 8 hours in a row. Muscles and physical resistance are strengthened. But, at the same time, as soon as you stop the training, immunity decreases. It is then important to feed and to sleep in an appropriate way”.

Tommy also owes his athletic feats to an exceptional mental strength and a deep vision of life.

“Even if my body underwent many wounds, I saw the most beautiful sceneries of the world. As long as your life is not in danger, your body will recover. The pain is inevitable but the suffering is optional “.

With this wisdom characteristic of the Asian cultures, Tommy will continue to run with courage. 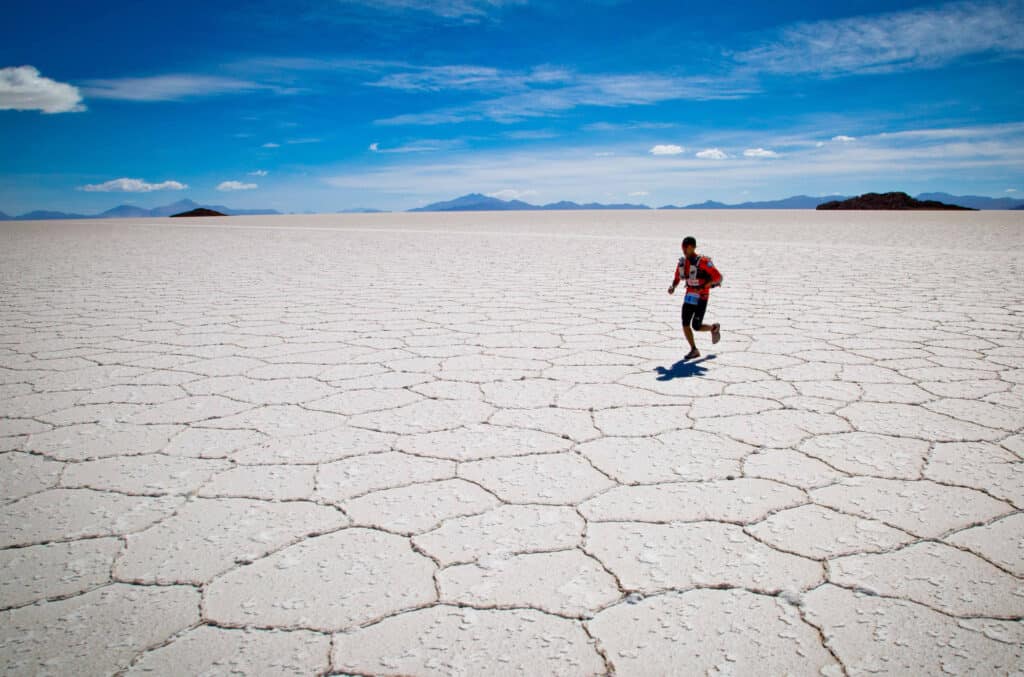 Moreover, he asserts that his new projects will still teach him a lot. In November, he will be the captain of a 4 young people group. They will travel 660 km in Antarctica – in cross-country running and in skis – to join the South Pole ; a brand new challenge for Tommy.

Tommy Chen will participate in other races of the Roadsign Continental challenge because he says:

“Organizers are on the route and culture. They let us use the way of running to get a deeper understanding of the national customs. It is an adventure that I like “.