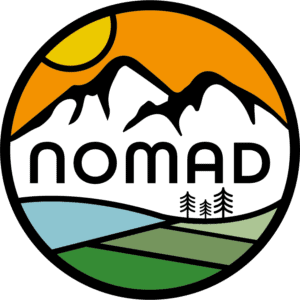 The registrations are open for the NOMAD 2022

To register for the NOMAD event, you must complete and send us the Registration form. Your participation is confirmed when we receive your deposit. The balance of the registration fees is due 100 days before the event. You will also need to send us a copy of your passport as well as a repatriation insurance certificate. A medical file including the Organization’s Official Medical Certificate and an electrocardiogram less than 30 days old must be sent to us before departure or presented at the latest on the day of the administrative checks. Only the originals must be presented to us. If the documents could not be presented to the controls, exclusion may be decided without reimbursement of the costs incurred.

A first payment of 1 500 Euros at the registration – Balance due no later 100 days than 100 days before the event.

(2) To make a bank wire transfer, please send us an email to: contact@canal-aventure.com in order to receive our bank details. 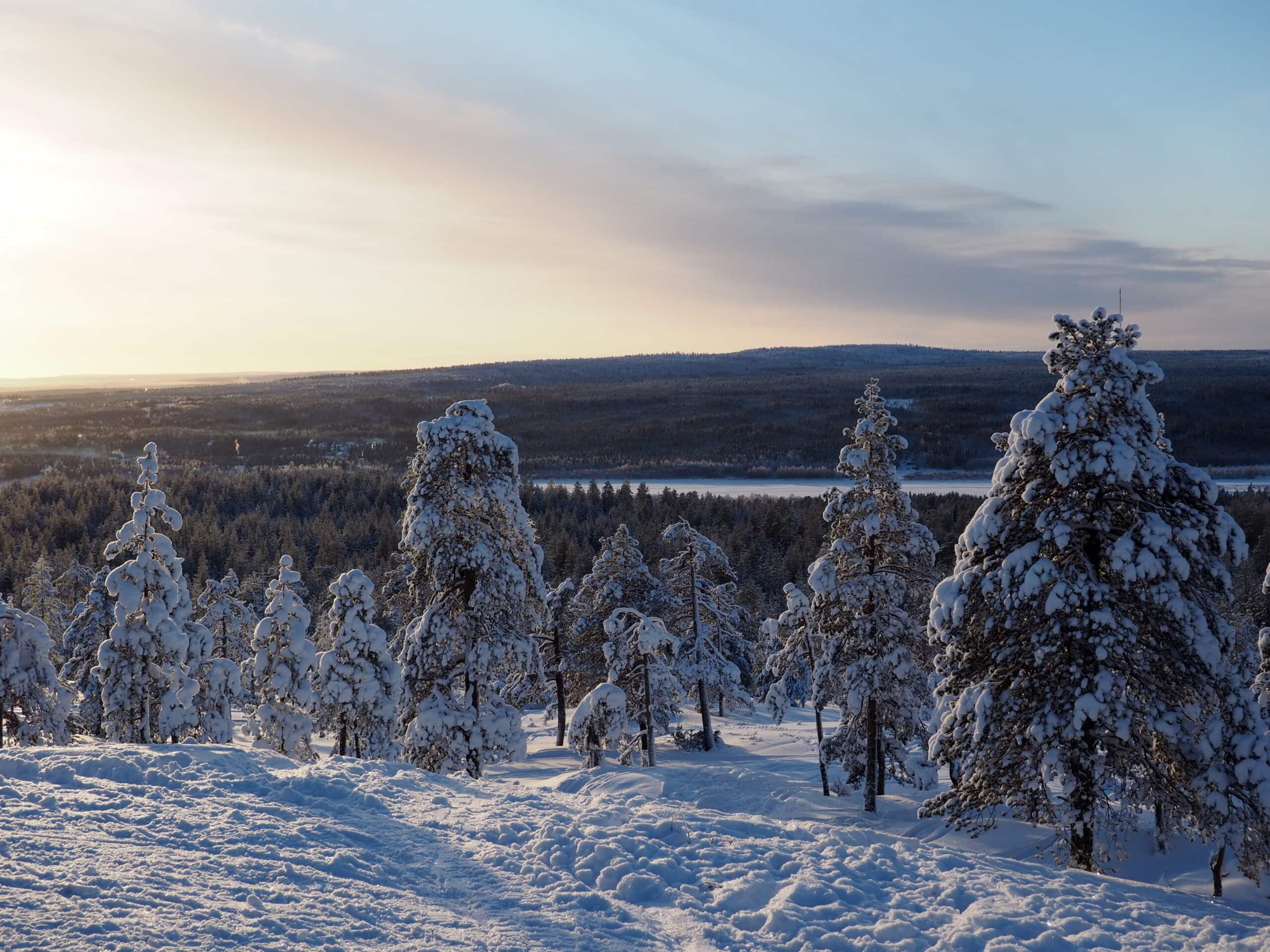 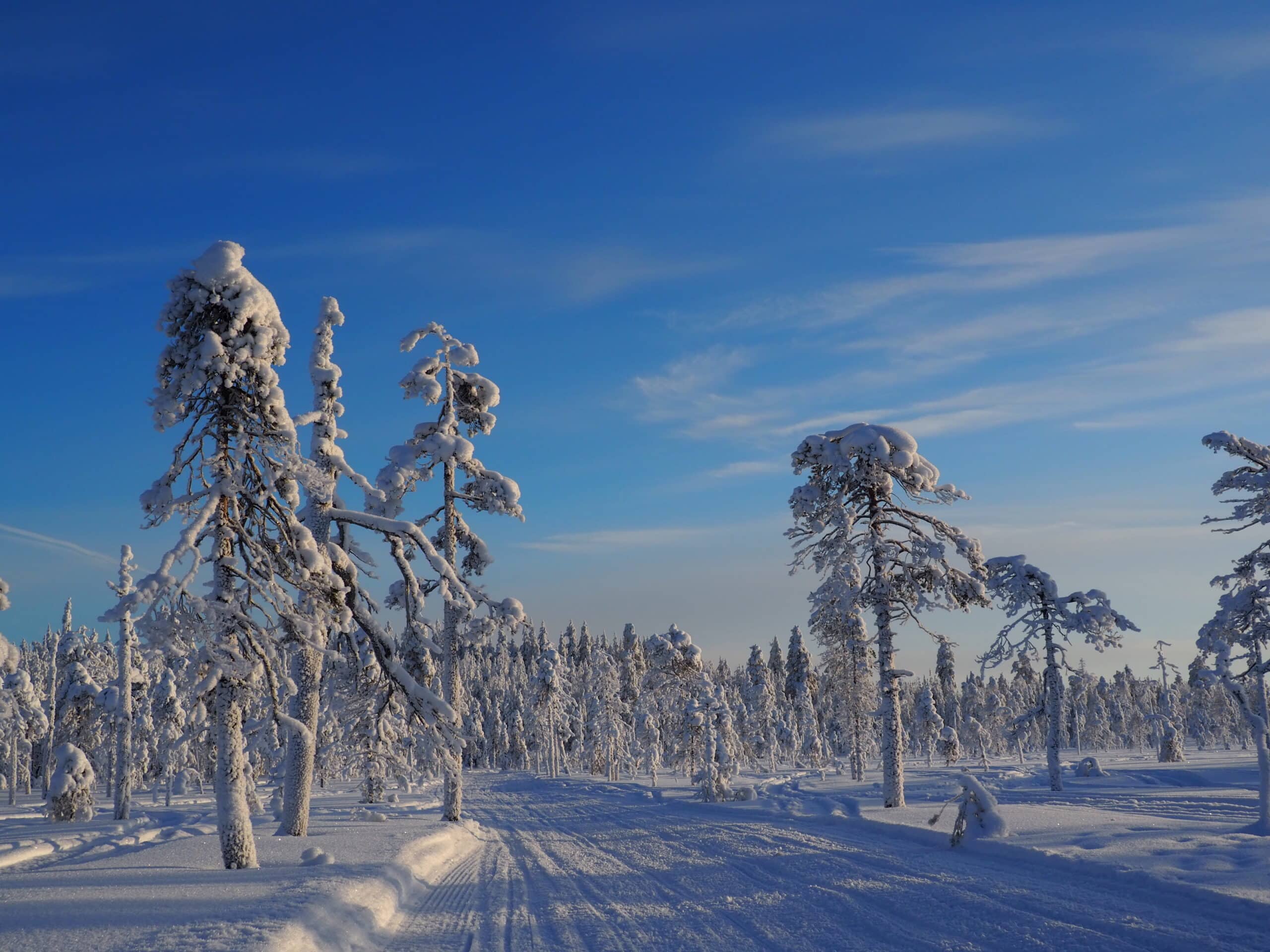 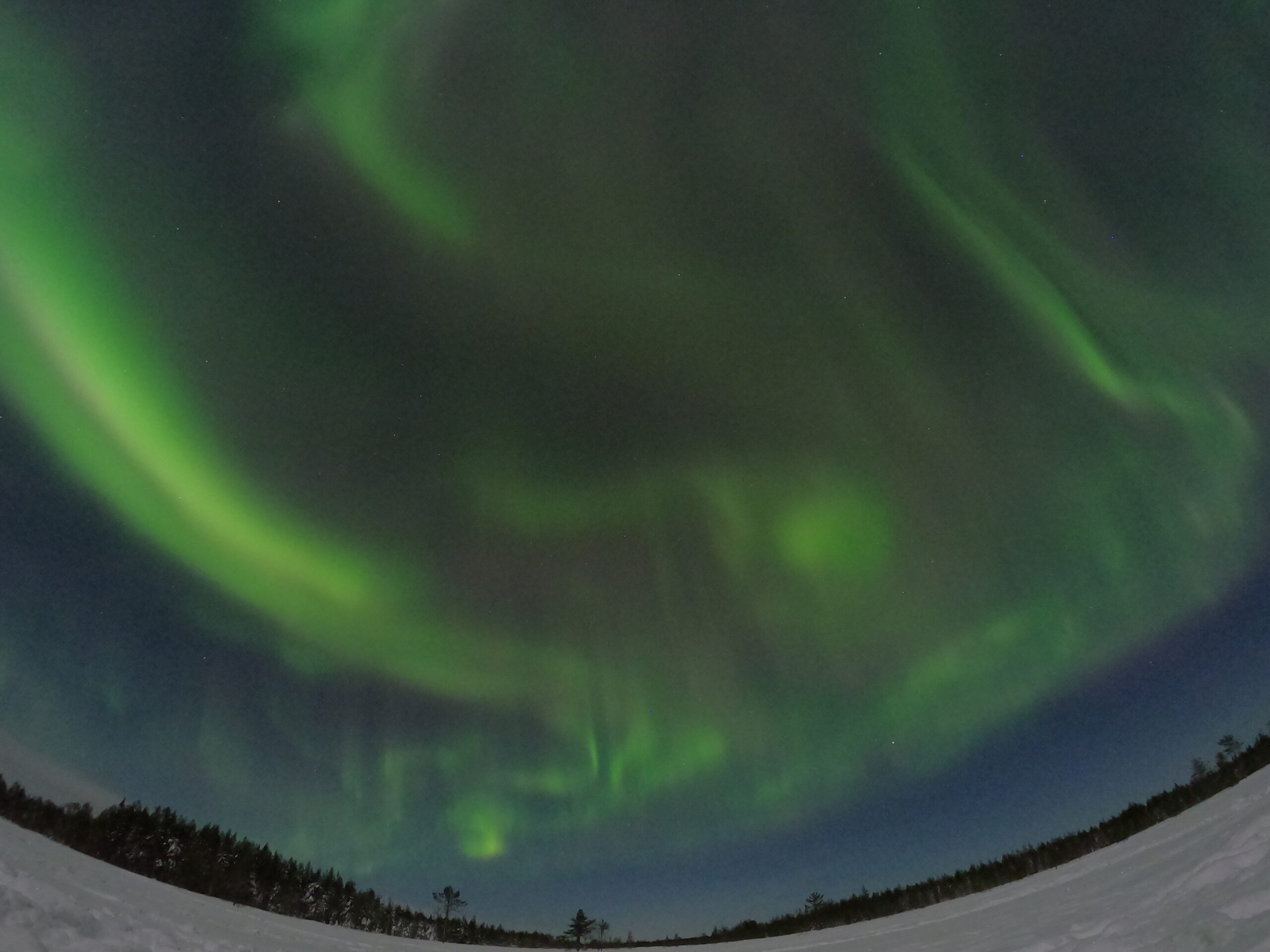 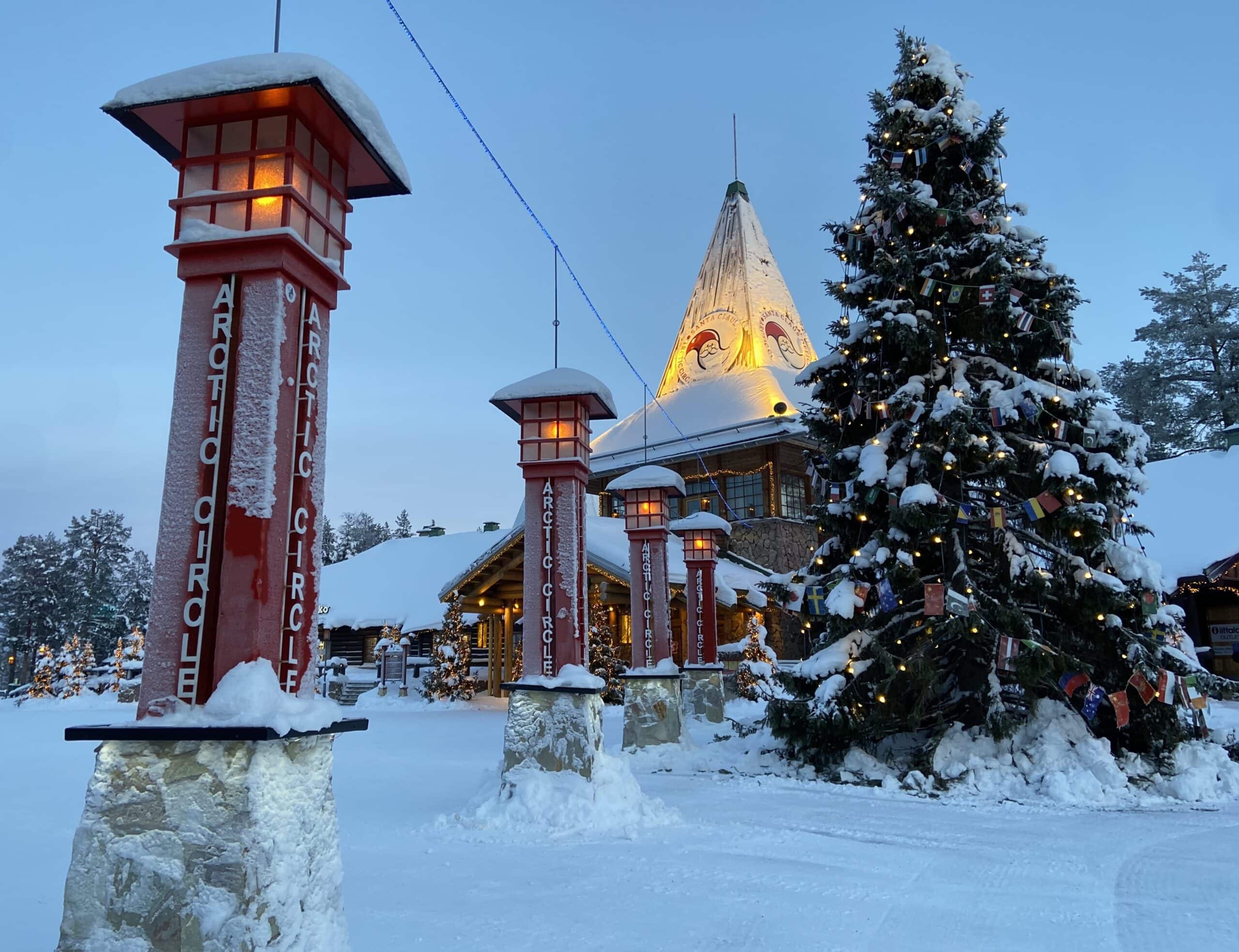 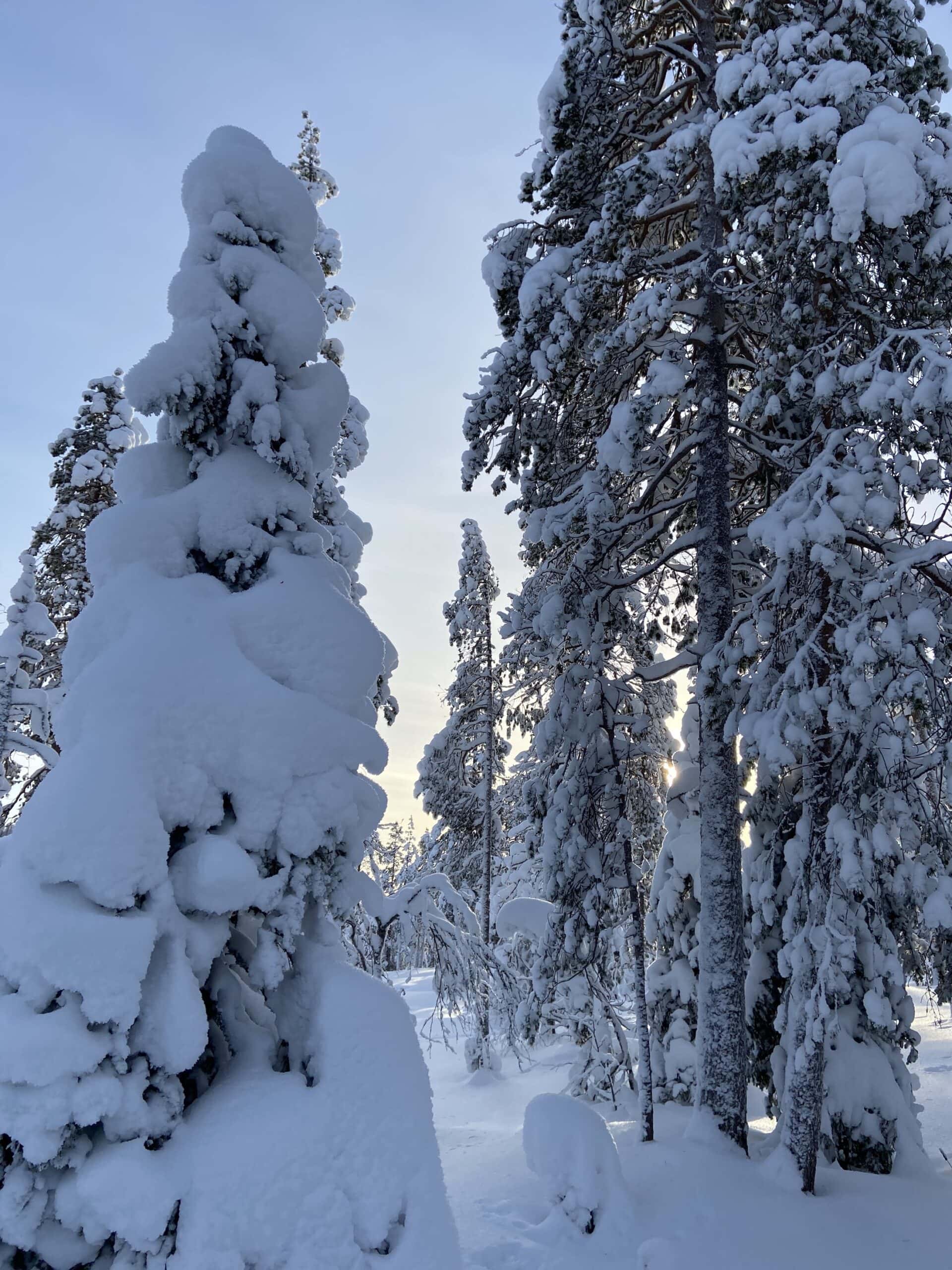 The NOMAD 2022 is a sporting event organized by The Track Organisation (T.T.O). In conformity with the French legislation, T.T.O. is registered like Travel agency in the Atout France Organization. T.T.O. has a legal professional insurance and a legal financial security deposit.

The NOMAD 2022 is a 270 km foot race non-stop and in Self-Supported. Each competitors must carry a backpack containing their compulsory equipments, food and personal equipments. Participants will have before departure the GPS track of the route that they must follow. The NOMAD 2022 takes place from 24 to 28 January 2022, in Lapland, Finlande.

The NOMAD 2022 takes place from 24 to 28 January 2022, in Finnish Lapland.
22 January: Welcoming of participants at 3pm at the Sokos hotel in Rovaniemi.
23 January: Competitor Check-In, including administrative, medical and equipment review.
From 24 to 28 January: The race, Self-Supported.
28 January: Awards ceremony at 7pm and dinner all together.
29 January: Departure from Rovaniemi airport.

The NOMAD 2022 is open to any person over 18 years of age, of any nationality who accepts the rules and the conditions of the race. An Official Medical Certificate and a resting ECG report are obligatory and must be dated no more than 30 days before the start or the race, i.e. after 24 December 2021. The registration fees must be paid by the participant before the event.

The administrative, technical and medical check will take place on 23 January 2022. Participants must meet all the administrative and technical requirements (ART.16 and 17). Any participant not meeting all required conditions may be excluded from the race without refund of any fees paid.

Departures for the NOMAD 2022 will be grouped. Participants must start at the time indicated by the organization. The time limit for running the 270 km itinerary is 96 hours. Intermediate limit times at checkpoints will be specified to participants before departure. Anyone who has not cleared these posts on time will be excluded from the race. At the end of the competition, a timekeeper will take the time of each competitor.

Participants must follow the route marked by the organization, failing to do so may incur penalties. The itinerary follows primary and secondary snowmobile trails. Participants will have before departure the GPS track of the NOMAD 2022 route as well as a map. This map will show you the approximate distances, the nature of the terrain, the direction as well as the particularities of the route. You will be penalized if you do not have your card during the race.

Checkpoints will be spaced approximately every 18 km. They will be used for water supply and for checking the control card. These are compulsory passage points for each competitor under penalty of a penalty. At some of them, a medical assistance will be present at these posts and will have the task of assisting, treating and stopping a runner if it’s necessary.

The organization takes charge of supplying water to each competitor: 2 liters at each checkpoint. Each participant must manage his/her own daily water intake based on the programmed water distribution times/places. Water will not be supplied at any other times.

Reason for penality – Elimination:
• Missing document at administrative checks prior the event,
• Missing compulsory equipments,
• Use of a transportation during the competition,
• Failure to respect security instruction from the organizer,
• Behavior judged by the organization to be disrespectful and/or dangerous to the group or the environment,
• Failure to follow the markings,
• Failure to control at a checkpoint,
• Exceeding out of time at a checkpoint,
• Competitor who received a perfusion.

Each competitor’s time is indicated in hours, minutes and seconds. The ranking will be established according to the timed times at the finish and taking into account any penalties received.

The three first competitors at the final result will receive an award.

A medical team specializing in sports medicine will be present throughout the race. They will ensure that participants no suffer from physical or mental exhaustion. The medical team is allowed to stop a competitor and to disqualify any participant they feel physically unfit to continue the race or for receiving vital medical care.

The NOMAD 2022 may be neutralized by the organization at any time for reasons beyond its control or if it deems it necessary for the safety of the group. The organization reserves the right to modify the competition regulations, to change the time or day of the start of the race and also to modify the route of the event for reasons beyond its control or for the safety of the group. In these different situations, the organization cannot be held responsible and no refund will be made to participants.

The compulsory equipment and the personal belongings of each participant (food, survival equipment and kit, etc.) must weigh between 6 to 15kg. This maximum weight does not include your daily water supply.

Each entrant must provide his/her own food for 4 days. Each competitor must have 2 000k/calories per day, that is to say a minimum of 8 000k/calories, otherwise he/she will be penalized. Gas stoves are strictly forbidden.

The list of mandatory clothing will be available soon.

To register for this event, please complete our Registration Form. You should then pay the deposit to confirm your place. The balance of the entry fee is due 100 days before the event. You must send also a copy of your passport and a copy of your insurance repatriation. An Official Medical Certificate must be downloaded and an ECG performed less than 30 days prior to the race must be signed by a GP confirming that you are cleared to take part in this event. These original documents, dated and signed, will be presented during the administrative and technical checks on 23 January 2022. If either of these documents is not provided, the competitor may be withdrawn from the race and will forfeit the entire race Entry fees.

Patches will be given to participants before the start of the event. They must imperatively be placed on the racing clothes of the competitors. The patches as well as the bibs must be correctly visible throughout the duration of the competition. No outfit, equipment or communication medium mentioning the name of another event may be worn for the duration of the event.

During the administrative control, participants must sign a document entitled “Disclaimer and acceptance of the regulation” in order to take the start. This document relieves the technical and medical team of The Track Organisation of any responsibility for any medical, accidental or other problem that may arise during the event.

Are you ready for a new adventure?

The first edition of the NOMAD event takes place in Finnish Lapland. The start will be at the level of the Arctic Circle, in the village of Santa Claus. Itinerary

The NOMAD event takes place in January. At this period of year, the event conditions are extreme with temperatures going down to -30 ° and very short days. Participants must be in excellent physical condition and have efficient equipments.  Equipements

For more than 10 years Canal Aventure has been organizing ultramarathons on 5 continents. We invite you to discover our other events. Continental Challenge

We look forward to seeing you from January 24 to 28, 2022 in Finnish Lapland for the first edition of NOMAD.
Program