Inhambane, the appealing blend of cultures

Inhambane, the appealing blend of cultures

Some places are calming, that tend to forget the track and hazards… Inhambane is one of those.
The living soul of Africa, the typical Portuguese blues and flavors from far and wide… A historic, colored and welcoming place to camp.

For over a thousand years, Inhambane runs a short stroll away from the Indian Ocean, in the South of Mozambique, just facing Madagascar. In 11th century, it already stands among the ports of Southern Africa where dhows tie up, coming from India or Persia. Merchants and buccaneers sell pearls, amber and cotton there. Swahili, Bantu or Arabic populations already live here with travelers of diverse origins. Nearly four centuries later, Vasco de Gama felt under its charm and made it one of the big Portuguese trading posts on the Spice route. For better or for worse! Inhambane has been the cradle of a prosperous ivory trade, a refuge for the whalers but also a hub of slave trade until 18th century. The Portuguese conquerors left their mark here but the Mozambicans also had to put up with French or Dutch occupation.

Land of diversity, the town was nicknamed Terra de boa gente so much the soft and welcoming nature of her inhabitants leads to the sharing of cultures. Inhambane is a real crossroad between Africa, Asia and Europe. With a tremendous sense of the hospitality, they gave to their city a unique identity, mix of African nonchalance, smiles and typically Portuguese saudade. Much more, Inhambane surprises the traveler who sees Muslims, Indians and Catholics living together, naturally.

Steeped in History, Inhambane offers to modern adventurers its typically Portuguese colonial mansions, very old minarets and chapels, sandstone avenues with colorful frontages and these blue or yellow benches reminding New Orleans! Although it attracts many travelers, Inhambane did not become a tourist resort as so many others. It knew how to keep this charm of old days, inspiring poets and adventurers.

Livened up and well installed in the 21st century, the city offers festive and friendly places of stays and meetings. While preserving the authenticity of its Mercado central which, despite of its name, is a true African market. A Mix of iodized or spicy perfumes and improbable colors you will see nowhere else. Inhambane is lined with a vast lagoon, ideal for an escapade; a poetic scenery where boats lying at low tide host fishermen napping. A little further, we realize that the nearby coast is a sanctuary where the endangered dugongs still live, these cousins of the manatees whom old sailors took for sirens.

Open to the world but perfectly Mozambican, Inhambane also surprises with its language. Mozambique counts 43 dialects besides Portuguese, the official language. Here and around, about 200.000 natives speak Bitonga. Then, it’s not rare to hear a Mihani (hello) or Nhibongile (thank you) punctuating sentences with singing notes of Portuguese.

> Discover the itinerary of the Ultra AFRICA Race who will be for the first time in Mozambique from 5 to 9 November 2017. 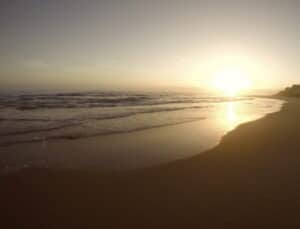 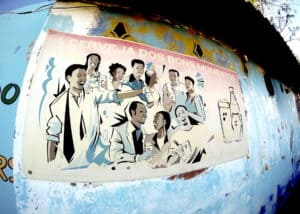