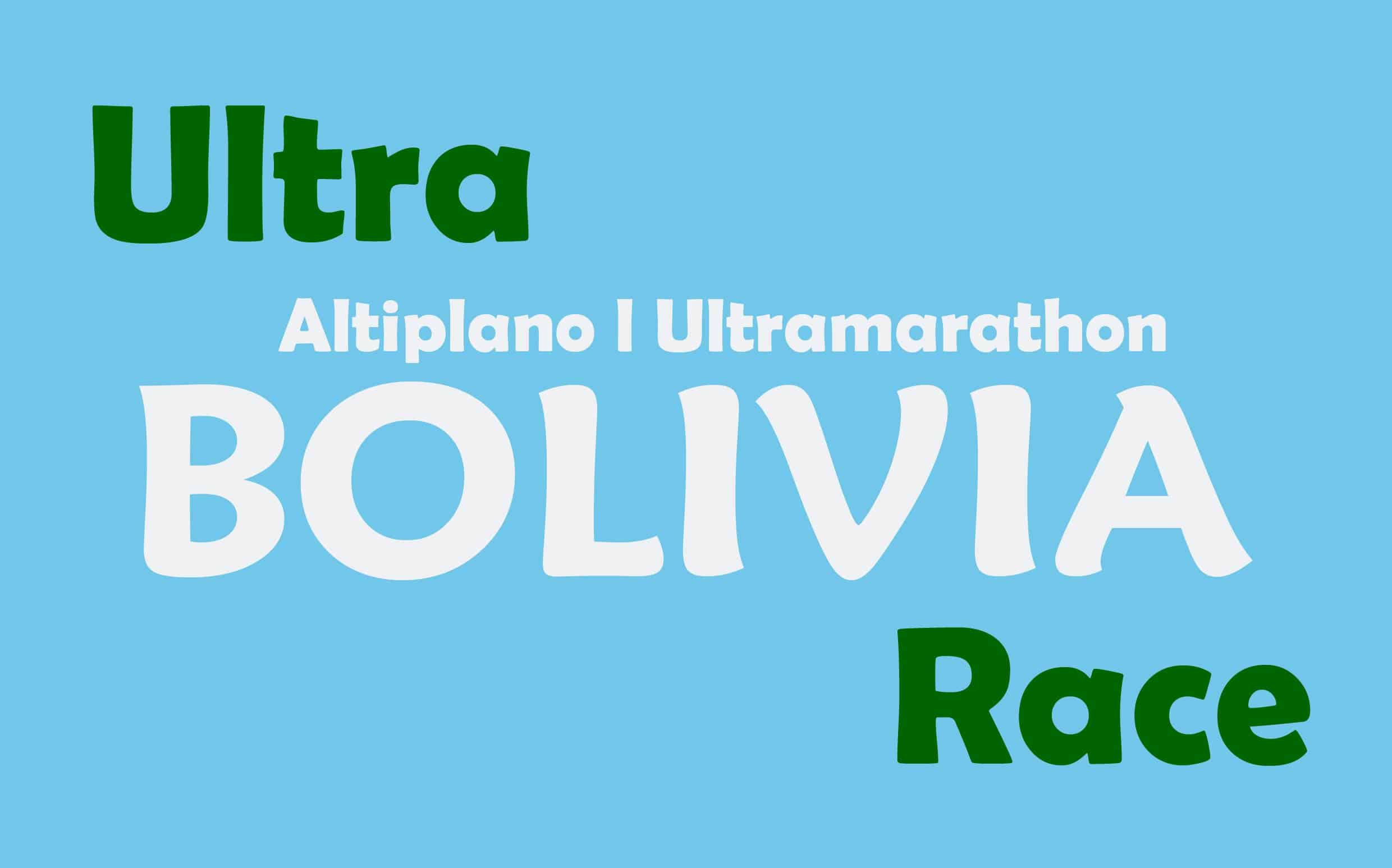 The registrations are open to the Ultra BOLIVIA Race 2021.

PAYMENT OPTIONS You may pay via Euro check (1) or bank wire transfer (2). (1) Make a check out to “The Track Organisation” and mail it to: The Track Organisation – 21 Rue du Contrat Social – 76 000 Rouen – FRANCE (2) If paying by bank wire transfer, send an email to: contact@canal-aventure.com and we’ll provide bank wire instructions.   CANCELLATION POLICY If notice of cancellation is received 100 days or more before event, you will receive a refund of the total fees you have paid less 600 Euros. No fees will be refunded for any cancellation received less than 100 days before an event. 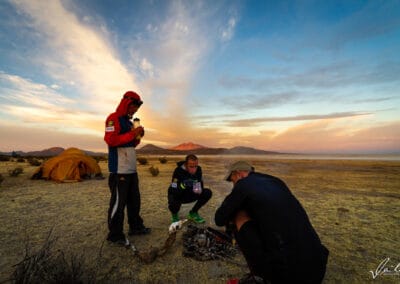 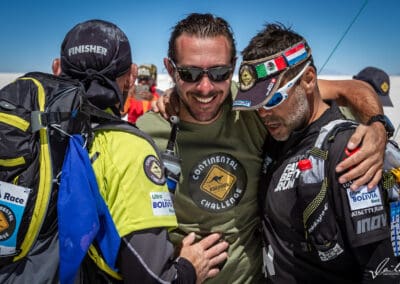 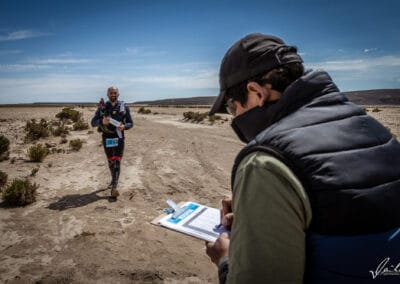 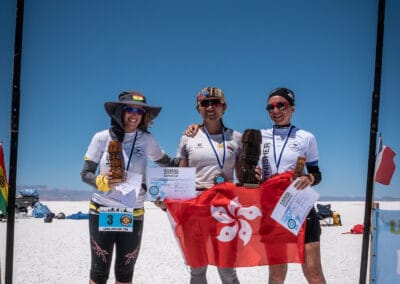 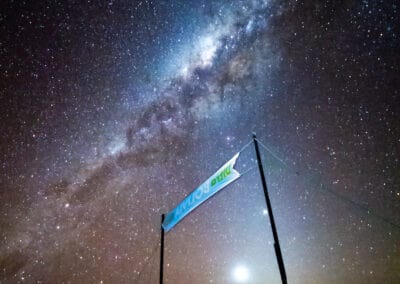 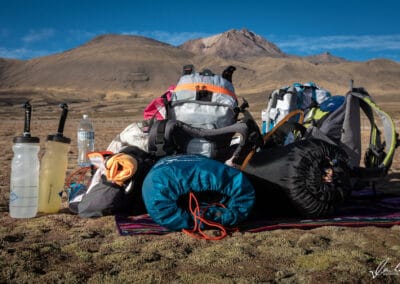 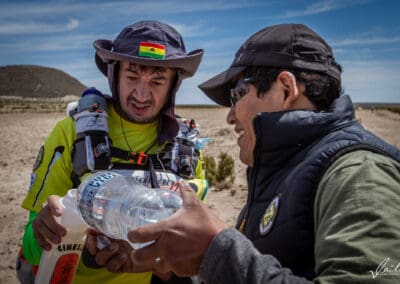 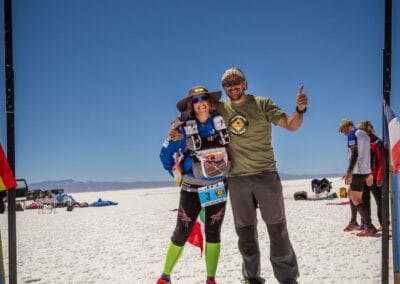 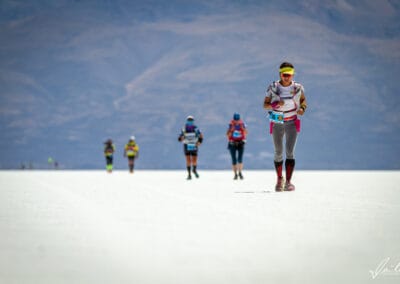 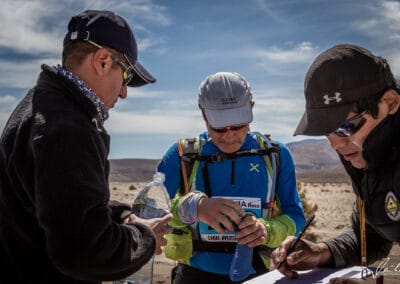 The Ultra BOLIVIA Race is a sporting event organized by The Track Organisation (T.T.O). In conformity with the French legislation, T.T.O. is registered like Travel agency in the Atout France Organization. T.T.O. has a legal professional insurance and a legal financial security deposit.

The Ultra BOLIVIA Race is a 220 km foot race with 7 stages with 2400 meters of ascent and in Self-Supported. Each competitors must carry a backpack containing their compulsory equipments, food and personal equipments. The participants must follow the route as marked by the organizers and they have a road book or a map. The Ultra BOLIVIA Race takes place from 20 to 26 September 2021, at over than 3600 meters of elevation, on the bolivian Altiplano.

The Ultra BOLIVIA Race takes place from 20 to 26 September 2021, in Bolivia, South America. 18 September: Appointment with competitor at La Paz, bus transfer from La Paz to Salinas. 19 September: Competitor Check-In, including administrative, medical and equipment review. From 20 to 26 September: The race, Self-Supported. 27 September: Transfer to the airport and End of support.  The Track Organisation reserves the right to modify the rules and conditions of the Ultra BOLIVIA Race, the details of the race, the route of the race, including the destination, in case of forces beyond our control or if it is necessary for the security of the group.

The Ultra BOLIVIA Race is open to any person over 18 years of age, of any nationality who accepts the rules and the conditions of the race. An Official Medical Certificate and a resting ECG report are obligatory and must be dated no more than 30 days before the start or the race, i.e. after 20 August 2021. The registration fees must be paid by the participant before the event.

The administrative, technical and medical check will take place on the 19 September 2021. Participants must meet all the administrative and technical requirements (ART.16 and 17). Any participant not meeting all required conditions may be excluded from the race without refund of any fees paid.

Departures for each stage will be grouped. Participants must start at the time indicated by the organization. The limit time per stage is 10 hours. An official time-keeper will take down the daily order of arrival for each competitor.

If a participant is outside time limit or whether to stop running at a checkpoint, it will be able to start again the next day if the medical staff gives favorable opinion. In this case the competitor remains in the overall standings and will necessarily be classified after competitors who will be classified by time. The classification per kilometer is achieved by the accumulated of kilometers running during all the competition.

Checkpoints are located at regular intervals through (approximately 15 km) on each stage of the race. There is 1 or 2 checkpoints depending the distance of the day. Competitors must go through the checkpoints, otherwise penalties will be applied. The water distribution points at both the start and the finish line of each day stage are compulsory checkpoints. Checkpoints will allow race officials to record times and distribute water. A Medical assistance will be available regularly on checkpoints. Each night, the organization makes a bivouac. Participants will sleeping under tents. At some of these bivouacs, competitors will have water for shower.

The organization takes charge of supplying water to each competitor.

The provisional breakdown, per day, is a follow:
• 2 liters before the departure
• 4 liters during the race
• 4 liters at the arrival

Reason for penalty – Elimination:
• Missing document at administrative checks prior the event,
• Use of a transportation during the competition,
• Failure to respect security instruction from the organizer,
• Behavior judged by the organization to be disrespectful and/or dangerous to the group or the environment.

Reason for penalty – Penalty of 3 hours:
• Failure to respect the weight of the backpack,
• Missing compulsory equipments,
• No road book or no map of the itinerary.

Reason for penalty – Penalty of 1 hour:
• Failure to respect ID markings and/or their positioning (ID and/or patches),
• Receiving of extra food or extra water.

The compulsory equipment and the personal belongings of each participant (food, survival equipment and kit, etc.) must weigh between 5 to 15kg. This maximum weight does not include your daily water supply. FOOD Each entrant must provide his/her own food for 7 days. Each competitor must have 2 000k/calories per day, that is to say a minimum of 14 000k/calories, otherwise he/she will be penalized. Gas stoves are strictly forbidden. COMPULSORY EQUIPMENT