Brigid Wefelnberg is the first competitor to finish twice THE TRACK 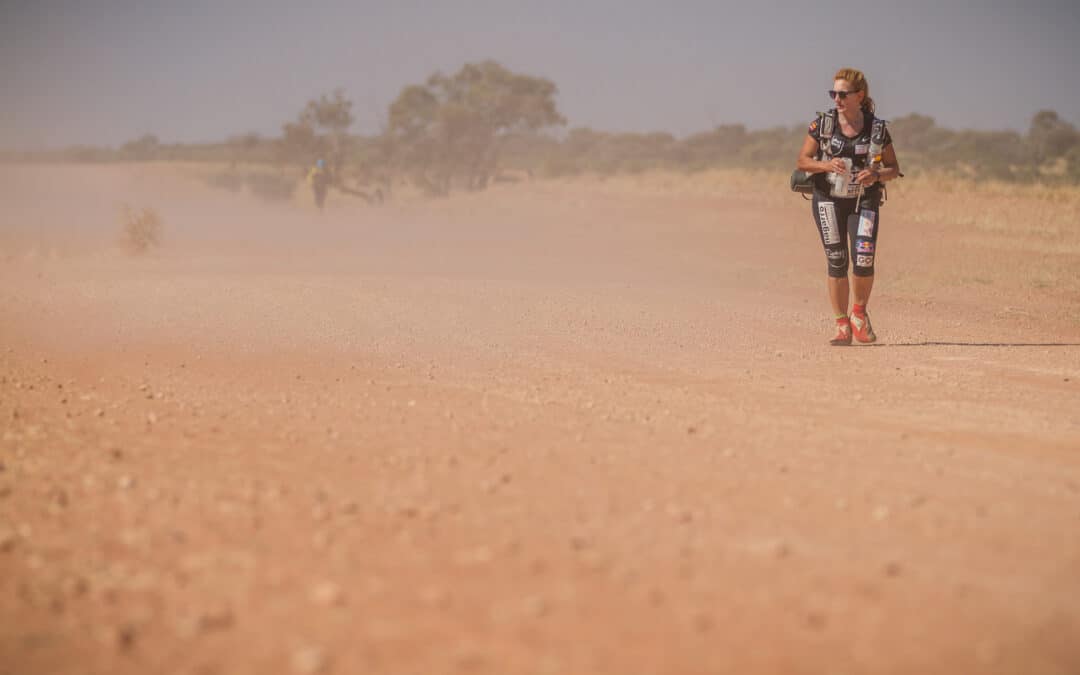 Brigid, You finished THE TRACK, the longest self-supported endurance foot race in the world, for the second time*. Why did you decide to sign-up a second time for this amazing competition of 520 km in the Australian Outback?

« I did THE TRACK in 2015 and found it absolutely amazing! I never thought I would be able to finish such a long race, but I went way beyond my own limits! The race fascinated me and left great lasting impressions – and these impressions I have now captured in a book called “THE TRACK”, to be published on 2 October of this year. I wanted to relive what I had experienced 2015 and what I had written about in the book and because THE TRACK only takes place every 2 years, it didn´t take too much thought to sign up again this year. I wanted to experience the entire route again and all the camps, knowing the participants – except Tun Mestre – would all be new to me. Doing THE TRACK takes a lot of fitness and the ability to accept a lot of discomfort, but as soon as you can accept that, you enjoy the simplistic life and remoteness a lot more. »

« I would say that 2017 was more difficult: it was hotter and there was more sand and more rocks than last time, probably due to the flooding in the Northern Territory last year. It was also more difficult for me because I fell and broke a rib on the 64 km stage. It was very painful to run, but I did not want to give up after all the effort! The long stage at the end was also longer than last time, which was particularly difficult mentally. It was a very very long day and I was in pain, but of course I knew that that beautiful finish line was waiting for me – what could be a better motivation that a breath-taking finish at Ayers Rock? »

For you, what is the specificity of THE TRACK?

« THE TRACK is in a league of its own! In other stage races there are “only” 6 stages – ok those are also tough – but there is a day off. THE TRACK has 9 tough stages in a row with no day off. Runners have to stay very focused and not get comfortable, as they have to wake up early every day, get ready for the stage and give everything, or almost everything – always remembering that the longest and toughest of all the stages awaits them at the very end of the race, i.e. it takes a great planning and saving of energy to still have some at the end where there are 137 km to finish with 400 km in your legs. It takes a great deal of energy to basically ignore the 400 km you´ve already done and start a new race at the end – the big reward being that the finish of this last stage is the ultimate finish! »

What can you say about the itinerary and the technical difficulty of THE TRACK?

« The itinerary and the technical difficulty of THE TRACK are what make it stand out from the other races, especially on the first three stages, where there is a lot of difficult terrain to cover. It is very hot and the weight of the rucksack is at its fullest, which poses some balancing and mobility difficulties when crossing the rough terrain. There is a lot of ascents and descents which can take their toll on the back and the body in general at the very beginning of the race. And even later on in the race, where there are a lot more dry and very rocky river beds. These are very hard on the feet and the lower legs. »

You and another runner (Tun Mestre) tried to finished THE TRACK two times. Tun stopped at the last stage. So, you are the first competitor to be two time finisher of THE TRACK. What do think about that?

« Yes, I was really very sad for Tun when I heard he had had to stop on the last stage. I had the feeling that he was very well prepared this year and I had been looking forward to celebrating our common double finish at Ayers Rock. But I understand that he was having insurmountable difficulties on the last stage and when that is the case and one is so tired and so exhausted, it is very very difficult to pick one´s self up and continue, especially if one is alone.

I am though very happy I could finish the race again and I feel very very honored to be able to say I am the first runner to have ever finished the longest and most difficult multi-stage desert race twice! I realized more and more during the race what an accomplishment it is, as everyone was asking me why the hell I was doing that difficult a race again! I knew it wasn´t just any race and their reactions confirmed this again and again! I feel like I have accomplished something very special in a very special place! »

The last stage of 137 km was difficult for you, What was your first emotion at the finish line?

« Yes, as I mentioned, I was running and walking with a broken rib which was slowing me down a bit – but I bit into the sour apple and pulled all my energy together as I was crazy about crossing that amazing finish line again. I actually got better in the morning and actually passed the fourth and fifth woman by a kilometer. But I waited for them as soon as I got close to the turn-off at Ayers Rock. I couldn´t believe it as I approached that one meter finish line with THE TRACK sign above it, hand in hand with the three other runners. I cannot put the emotions into words. Adrenaline rushed through my body and I felt such excitement at reliving this well-earned moment, crossing the finish line of the toughest self-supported multi-stage desert race in the world. »

« My best memory of THE TRACK are the afternoons and evenings in camp after the stages are complete and all the wonderful running personalities come together, relax and eat and share their experiences and impressions from the stage and the race in general. The further along the race is, the more interesting and intense the evenings become! »

If you have one advice for runners who want to join THE TRACK in 2019. What can you say?

« My first advice for runners wanting to do THE TRACK in 2019 would be to train long stretches of seemingly endless roads. This is important for the event, as there are such long stretches of THE TRACK to run. Running into the horizon I call it. And another bit of important advice is to get used to going way out of your comfort zone. You have to be able to do without any of the comforts you have at home and if you can manage roughing it for 10 days, then you will experience the race of your lifetime! »

Look at the Final results of THE TRACK 2017

Look at THE TRACK photos 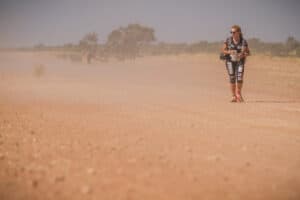